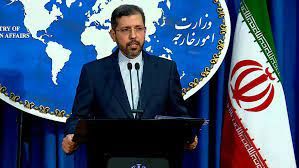 Confirming the news over the imminent release of Iran's frozen funds abroad, the Iranian Foreign Ministry Spokesperson said that a delegation in connection with the issue will visit Tehran next week, Mehr news reports.

Asked about the release of Iran's frozen assets in foreign banks, Saeed Khatibzadeh confirmed the news and said that part of Iran's resources will be released soon.

Iranian senior diplomat added that a high-level delegation will travel to Tehran by the end of the week.

Earlier on Thursday, some media reported that based on an agreement reached with some countries as contract parties with Iran, $7 billion of Iran’s frozen funds abroad will be released via banking transactions into Iran’s accounts.