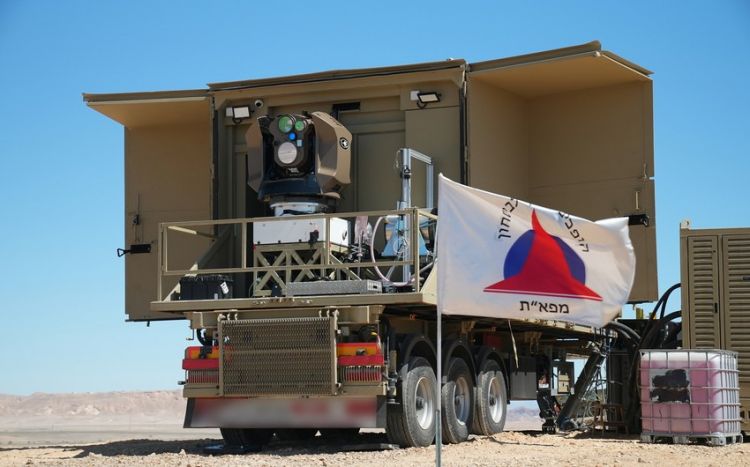 The Israeli Defense Ministry has revealed that a laser air defense system it is developing successfully shot down drones, rockets, mortars, and anti-tank missiles in a first series of tests last month, the Times of Israel reports.

According to the head of the ministry’s research and development team, Brig. Gen. Yaniv Rotem, the tests were conducted at “challenging” ranges and timings.

“The use of a laser is a ‘game changer’ and the technology is simple to operate and proves to be economically viable,” he said.

In a video released by the ministry, the laser-based system can be seen intercepting a rocket, a mortar, and a drone at an undisclosed location in southern Israel’s Negev desert, during March of this year.

The downside of a laser system is that it does not function well in times of low visibility, including heavy cloud cover or other inclement weather. For that reason, the ministry intends to also mount the system on an airplane, which would help get around this limitation by putting the system above the clouds, though that is still a few more years off, ministry officials have said.

“The successful series of tests proved the uniqueness of the system, intercepting a wide range of threats in a variety of scenarios,” said Rafael Advanced Defense Systems director-general Yoav Har-Even.

Against these and other threats, Israel operates a multi-tiered air defense array, made up of the short-range Iron Dome, the medium-range David’s Sling, and the long-range Arrow and Patriot systems.