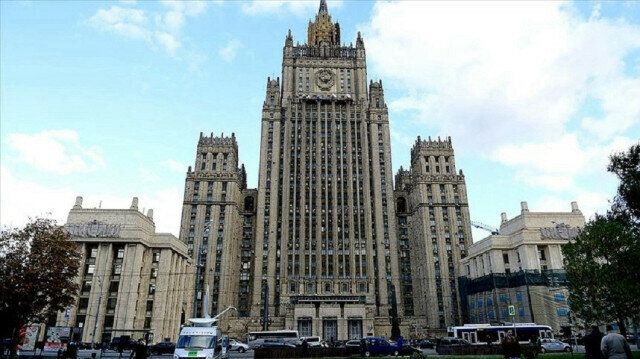 According to Yeni Safak, Russia has no intentions to use nuclear weapons in Ukraine, the country's Foreign Ministry deputy spokesman said on Friday.

Asked about the allegations by the Western media about a possibility of using nuclear weapons in the Russia-Ukraine war, Alexey Zaytsev recalled that such speculations come from the West, not for the first time, and called them a "deliberate lie."

"We repeatedly had to refute insinuations about the possible use of nuclear weapons by Russia in a special military operation. This is a deliberate lie.

"Russia firmly adheres to the principle that there can be no winners in a nuclear war, and it should not be unleashed," Zaytsev stressed.

He reminded that the nuclear states, at Russia's initiative, reaffirmed their adherence to the principle of impossibility to win a nuclear war.

"Last year, it was Russia that was able to convince the United States, and then the entire nuclear five, to confirm their commitment to this principle," Zaytsev said.

The diplomat once again named the conditions defined by the Russian military doctrine for the use of nuclear weapons -- in response to the use of nuclear and other types of weapons of mass destruction against Moscow or its allies, or in case of aggression against Russia with the use of conventional weapons when the very existence of the state is threatened.

But he said he noticed that such speculations can signify that the West helps Ukraine prepare nuclear provocations in Ukraine to accuse Russia of it.

"Any provocations can be expected from the West and Ukraine. We have to be prepared for any development of events in the media field and directly on the ground," he said.

At least 3,280 civilians have been killed and 3,451 others injured in Ukraine since Russia launched a war on the country on Feb. 24, according to UN estimates. The true toll is feared to be much higher.