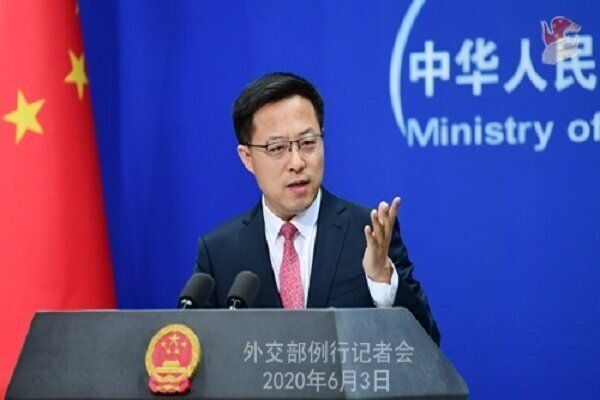 The Chinese Foreign Ministry Spokesman rejected the new sanctions announced by the US Treasury Department against Iran and urged Washington to abandon the wrong practice of resorting to sanctions, Mehr news reports.

In his regular Press Conference on Thursday, China's Foreign Ministry Spokesperson Zhao Lijian reacted to the new sanctions announced by the United States on Wednesday against a network of Chinese, Emirati and other companies that it accused of helping to deliver and sell Iranian petroleum and petrochemical products to East Asia.

Zhao Lijian said, "China has always been firmly opposed to illegal and unjustifiable unilateral sanctions and so-called long-arm jurisdiction by the US. We urge the US side to abandon the wrong practice of resorting to sanctions at every turn and contribute positively to negotiations on resuming compliance with the JCPOA. The international community, including China, has conducted normal cooperation with Iran within the framework of international law. This is reasonable and lawful without harm done to any third party, and deserves to be respected and protected."