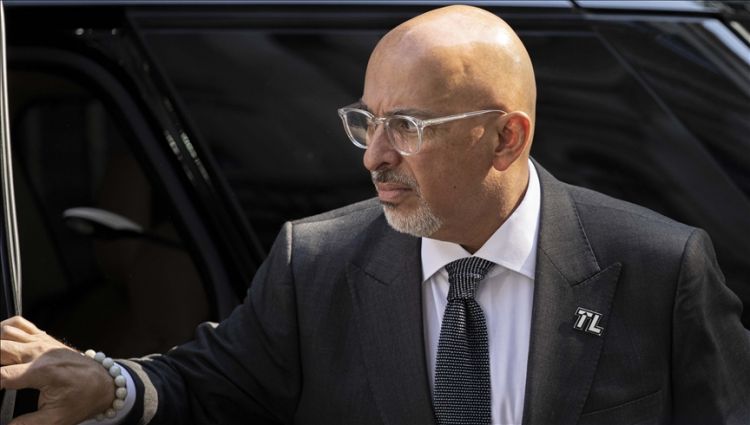 Britain’s current chancellor and transport secretary have both launched their bids to become the next leader of the Conservative Party and prime minister, bringing the total number of candidates so far to six, Anadolu Agency reports.

Chancellor Nadhim Zahawi, 55, released a statement in which he said: “My aim is a simple one: to provide the opportunities that were afforded to my generation, to all Britons, whoever you are and wherever you come from. To steady the ship and to stabilise the economy.”

He added: “Thanks to Brexit, we are now a free nation. Let’s not just talk about the opportunities that follow, let’s take them. If a young boy, who came here aged 11 without a word of English, can serve at the highest levels of Her Majesty’s government and run to be the next prime minister, anything is possible.”

Zahawi was born in Iraq, and after moving to the UK became an entrepreneur.

He said he would cut taxes, and made reference to his Iraqi Kurdish background, saying: “Having been born in Iraq and fled the dangers of Saddam, I know that security, safety and freedom are things that we can never take for granted. That’s why defence spending needs to rise in response to the barbarism of Putin’s war in Ukraine. I will always put the defence of the nation first.”

Transport Secretary Grant Shapps, 53, told British daily the Sunday Times that he wanted to make Britain the biggest economy in Europe by 2050, and also pledged to cut taxes.

“I do think we have lost sight of what we should be about as a Conservative government. We should trust people and allow them to spend their money as they wish. We must map a clear path to lower taxes, not just expressing good intentions.

“Covid witnessed a necessary and extraordinary expansion of state spending and a quite unprecedented level of state interference in people’s private lives. As Conservatives, we should tolerate the unnecessary continuation of neither,” he said.

Shapps further said: “We have had two-and-a-half years of tactical government by an often-distracted centre. This must end. We must be a strategic government, sober in its analysis and not chasing the next headline.”

Earlier in the day, British Defense Secretary Ben Wallace announced that he would not run for the leadership of the Conservative Party.

Wallace’s profile was boosted by his performance during Russia’s war in Ukraine, and he was a favorite among Conservative Party members.

Up to 15 candidates could run in the race to become the next Conservative Party leader, and in turn prime minister to replace Boris Johnson.