Greece protests to Ukraine, Serbia for not knowing about munitions on crashed plane - ednews.net

Greece protests to Ukraine, Serbia for not knowing about munitions on crashed plane 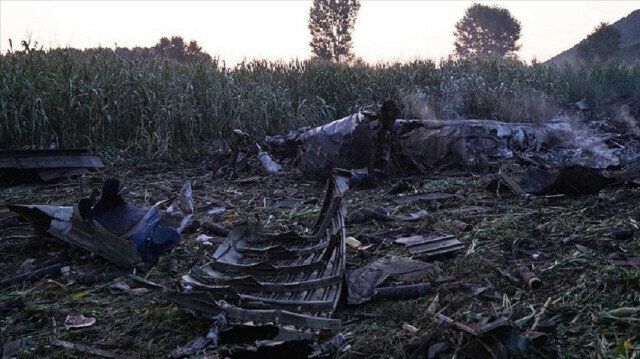 Greece has protested to Ukraine and Serbia for not being timely informed about the munition cargo of a plane that took off from Serbia but crashed near the Greek city of Kavala while en route to Bangladesh, local sources said Monday.
Citing Greek diplomatic sources, the Kathimerini daily newspaper revealed that the Greek Foreign Ministry has lodged a demarche with Ukraine’s ambassador in Athens over the need for Greece’s prior notice by Ukraine regarding the nature of the aircraft’s cargo.
Greek diplomatic sources said earlier Monday that Greece would also protest to Serbia for the same reason, the daily noted, adding the Serbian Foreign Ministry was not immediately available for comment.
The Antonov cargo plane, owned by the Ukrainian company Meridian Ltd., took off from Nis airport in southern Serbia at 8:40 pm (1840GMT) on Saturday and was transporting around 11 tons of mines from Valir, a private Serbian company, to the Ministry of Defense of Bangladesh, Serbian Interior Minister Nebojsa Stefanovic said in a press conference.
It crashed in a field near Kavala, killing all eight Ukrainian crew members onboard.
Local residents reported seeing a fireball and hearing explosions hours after the crash.
Greek authorities said the pilot requested permission to make an emergency landing because of engine failure but the plane did not manage to reach the airport. A fire broke out in one of the plane’s engines while in flight, which is believed to have caused the crash, said officials.