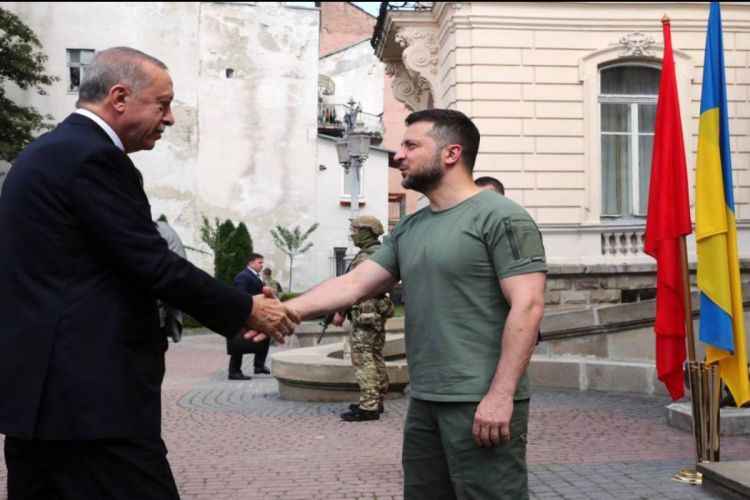 “Zelensky specifically asked us that Russia clear all the mines at the Zaporizhzhia nuclear power station. Because it is a threat,” said Turkish President Recep Tayyip Erdogan in his interview with journalists, APA reports.

According to him, as an important step for global peace, he will discuss it in this negotiation with Russian leader: “Russia should do its part in this direction, we will especially ask for it.”

Erdogan added that Turkiye will continue its efforts for the war to end in a diplomatic way.

Moreover, Erdogan stated that he offered Zelensky to hold a meeting with Putin in Turkiye.