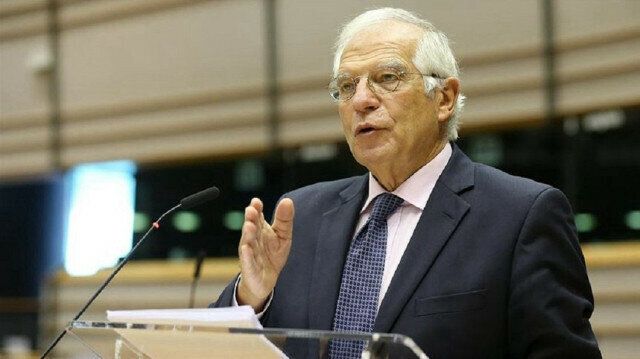 “We are so glad to see that the Black Sea grain agreement works so far. Congratulations again to the United Nations and thanks to Turkey, as the first shipment has arrived in Djibouti today,” Borrell told a news conference following the informal meeting of EU defense ministers in Prague.

He stressed that the Horn of Africa “needs desperately grain from Ukraine, millions of people are in a dire situation because the grain has been blocked until now.”

The EU diplomat promised that the EU will continue to monitor the implementation of the agreement.

The UN-chartered vessel carrying over 23,000 tons of Ukrainian grain arrived earlier on Tuesday at the port of Djibouti, where the grain would be unloaded and transferred to Ethiopia, one of five countries the UN considers at risk of starvation.

Commissioned by the World Food Program, it was the first humanitarian cargo that set sail since the July 22 Istanbul deal.

Türkiye, the UN, Russia, and Ukraine agreed to reopen three Ukrainian ports – Odesa, Chernomorsk, and Yuzhny – for grain exports stuck since the beginning of Russia's war on Ukraine late February.