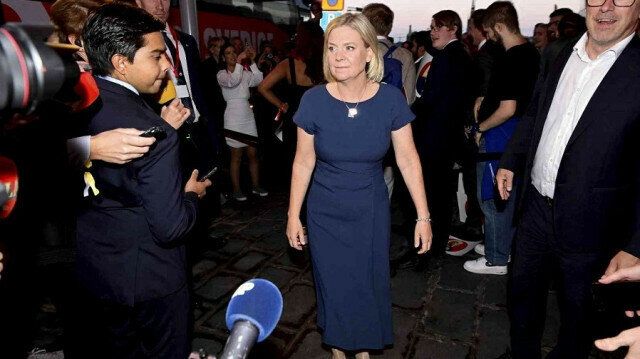 The election surveys by SVT and TV4 predict that Sweden's ruling Social Democrats together with center-left parties are to win a narrow majority in the Swedish parliament, Riksdag.

The far-right Sweden Democrats are looking strong in both surveys and are bigger than the traditional right party Moderates. This is their best result ever which means that they will become the second-largest party in the country.

The surveys show that they have the support of 20.5% of voters.

This is a real shock for the Moderates who are traditionally the second-largest party in Sweden.

Center-left parties led by Social Democrats collected 50.6% in TV4's survey.
SVT's survey shows that they will get 49.8% against 49.2% of the right-wing party bloc led by Moderates.

The Green Party saw a big jump from the last election gaining 6% of votes in both surveys.

The populist Sweden Democrats were once forbidden from politics due to neo-Nazi ties.