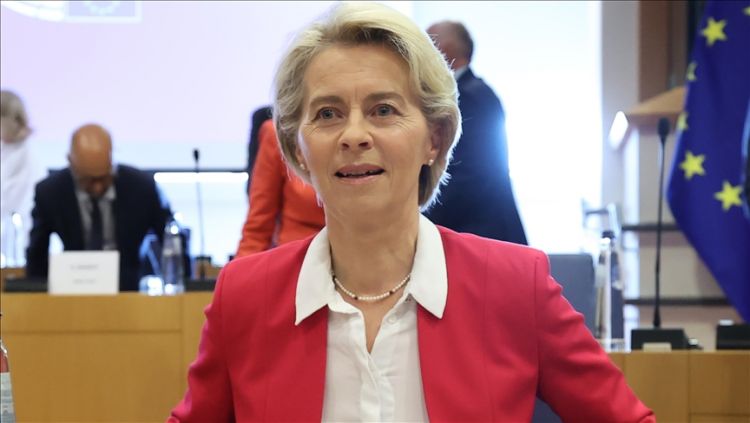 The European Commission president proposed on Wednesday energy market reforms, including the taxation of energy companies and the decoupling of gas prices from the overall electricity bills, Anadolu Agency reports.

In her State of the European Union speech addressing the plenary session of the European Parliament in Strasbourg, France, Ursula Von der Leyen outlined a structural reform of the European energy market that has been under serious strain due to Russia’s threat of cutting gas supply.

“In these times, profits must be shared and channeled to those who need it the most,” von der Leyen asserted, explaining that paying bills has become “a source of anxiety for millions of businesses and households” after gas prices have risen 10 times in the past two years.

The European Commission proposes to cap the revenues of companies that produce electricity at low costs, which will “raise more than €140 billion ($140 billion) for member states to cushion the blow directly,” she asserted.

Fossil fuel companies will also have to give a “crisis contribution” because of their “huge profits,” von der Leyen added.

As an important difference from her previous proposals, von der Leyen dropped the idea of limiting the price of natural gas, but she vowed to “keep working on lower gas prices.”

“We have to decouple the dominant influence of gas on the price of electricity,” she said instead, suggesting a “deep and comprehensive reform of the electricity market.”

The current system ends up in high electricity prices because the final amount is based on the price of the last and the most expensive energy source, which is the gas, and does not reflect the lower costs of renewables or nuclear power.

Addressing the wider context of challenges for the European economy, she stressed that the bloc has to secure its own supply of lithium and other rare earth elements because “soon they will become more important than oil and gas.”

EU energy ministers are expected to give the green light for the proposals on energy market reform at their emergency meeting on Sept. 30.