FM stresses IAEA has to focus on technical duties - ednews.net

NASA Ingenuity helicopter just broke one of its own records on Mars - VIDEO
Read: 666

FM stresses IAEA has to focus on technical duties 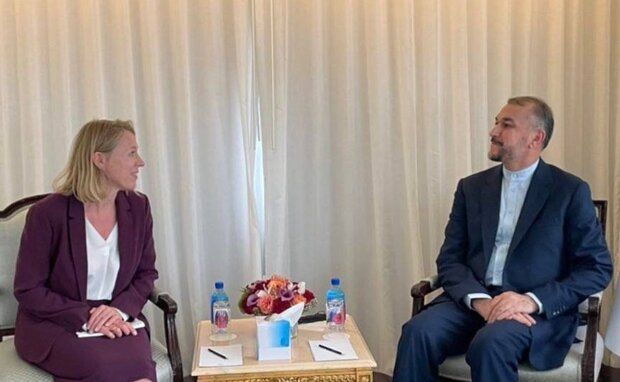 Iran foreign minister stressed that IAEA must act based on its technical duties and needs to refrain from being a political entity, adding an agreement is still possible in Vienna talks, Mehr news reports.

Hossein Amir-Abdollahian, the foreign minister of Iran, made the remarks in a meeting with Foreign Minister of Norway Anniken Huitfeldt  in New York on the sidelines of the UN General Assembly meeting.

During the meeting, the two foreign ministers exchanged views on the latest developments in bilateral, regional and international relations.

The Iranian foreign minister declared Iran's readiness to increase contacts and draw a clear path for deepening and expanding cooperation, emphasizing the need to use the existing and diverse potentials and capabilities of both countries.

While explaining the Islamic Republic of Iran's stances regarding the talks on the removal of the sanctions, Amir-Abdollahian said, "If there is the necessary resolve on the part of the United States, an agreement is still within reach."

The top Iranian diplomat further said that the IAEA must refrain from adopting a political approach and instead has to adhere to its technical duties.

The Norwegian foreign minister, for her part, highlighted the major issues and bilateral relations with Iran and stressed her country's interest resolving the JCPOA issue and expansion of bilateral ties between Oslo and Tehran.