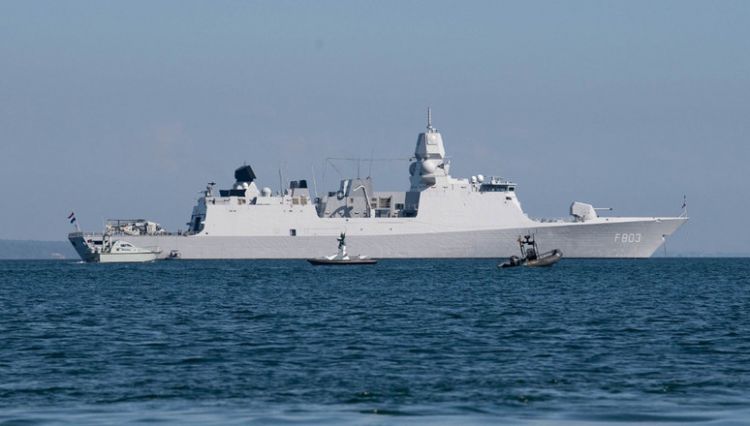 Two Russian fighter aircraft made an unsafe and unprofessional approach toward NATO vessels HNLMS Tromp and FS Chevalier Paul in the Baltic Sea on Thursday (17 November 2022), overflying them at an altitude of 300 feet, and failing to respond to Allied attempts to communicate. NATO forces acted calmly and responsibly at all times, Naval news reports

The Russian pilots failed to respond to Allied forces’ standing query communications and overflew the force at an altitude of 300 feet and a distance of 80 yards.
NATO deemed the interaction unsafe and unprofessional since it was conducted in a known danger area, which was activated for air defence training, and due to the aircraft altitude and proximity. The interaction increased the risk of miscalculations, mistakes, and accidents.
NATO forces acted responsibly, fulfilling their mission, in full compliance with international air and maritime regulations. NATO will respond appropriately to any interference with NATO’s lawful activity in the area that endangers the safety of our aircraft, ships or their crews. NATO does not seek confrontation and poses no threat.