Tokayev to be sworn in as Kazakh president on Saturday - ednews.net

Tokayev to be sworn in as Kazakh president on Saturday 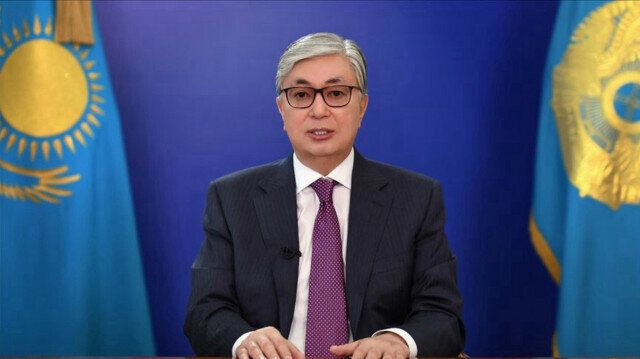 The Central Election Committee press briefing, headed by the body’s chairman Nurlan Abdirov, registered Tokayev as the winner of the election and Kazakhstan’s president.

Abdirov also announced the final results of the election where Tokayev received 81.31% of the votes, which amounts to about 6.45 million out of around 12 million eligible voters.

Zhiguli Dayrabaev was Tokayev’s closest opponent who received %3.4% of the votes.

Voter turnout was 69.4% in the election, as nearly 8.3 million voters cast their ballots.

Tokayev called for an early election late September with a decree saying the polls would launch “an electoral cycle that will lead to a radical reset of the entire political system.”

The announcement came after the president approved a constitutional amendment to increase the presidential term from five years to seven while barring future presidents from serving a second term.

Another move was changing the capital’s name back to Astana after it was changed to Nur-Sultan in 2019 in a tribute to outgoing President Nursultan Nazarbayev. Tokayev took over as president in March 2019, succeeding Nazarbayev, who ruled the oil-rich Central Asian nation for three decades.

Regional leaders congratulated Tokayev for his election victory, as they included the leaders of Russia, China, Iran, Azerbaijan, Uzbekistan, Tajikistan, Kyrgyzstan, and Pakistan.