Kremlin rules out any talks between Zelensky, Putin
Read: 122 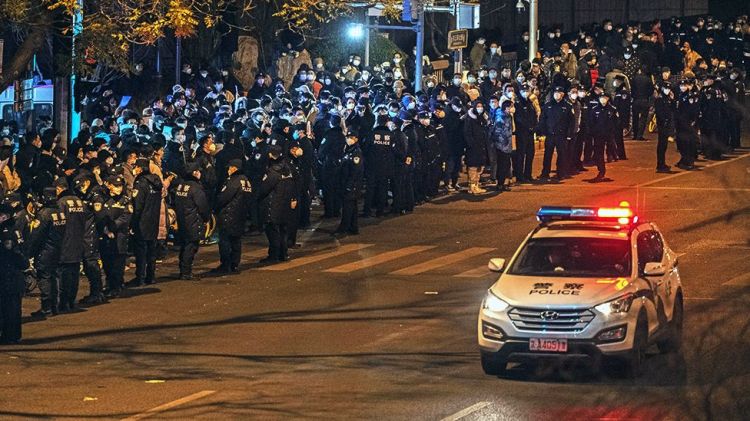 Protests against Covid restrictions which erupted over the weekend appear to have died down, as a heavy police presence is reported in Chinese cities, BBC reports.

Large barriers have gone up along the main protest road in Shanghai and police have made several arrests.

They have been stopping people taking photos of the protests and deleting pictures on their devices.

Nationwide protests grew after a fire in a high-rise block in Urumqi, western China, killed 10 people on Thursday.

It is widely believed residents could not escape the blaze because of Covid restrictions, but local authorities have disputed this.

A BBC journalist was detained while covering a protest in Shanghai on Sunday. Ed Lawrence was beaten and kicked by the police during his arrest, and held for several hours before being released.

China remains the only major economy with a strict zero-Covid policy, with local authorities clamping down on even small outbreaks with mass testing, quarantines and snap lockdowns.