Russia will not let UNSC become toy in hands of US - Russian Diplomat
Read: 641 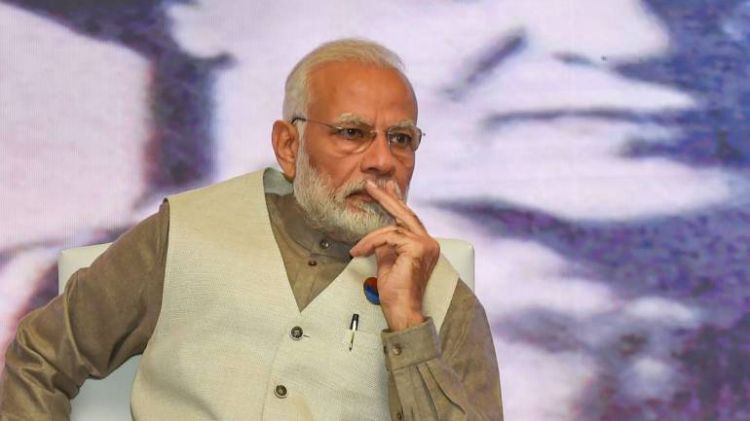 India's ruling Hindu nationalist BJP is set to lose power in two key states, and is locked in a cliffhanger in a third. So is Congress, India's Grand Old Party, finally back in the reckoning?

The Congress looks set for victory in the states of Rajasthan and Chhattisgarh and is leading in Madhya Pradesh. The central states of Chhattisgarh and Madhya Pradesh are widely regarded as BJP strongholds. To put this in context, India's main opposition party has been consistently losing state elections since it was routed in the seismic 2014 elections, winning less than 20% of the popular vote and securing 44 of the 543 seats. It is in power in only two large states.

The BJP had won 62 of the 65 seats in these three key states in the last parliamentary elections. Rajasthan, Madhya Pradesh and Chhattisgarh are also part of a bellwether region - the Hindi-speaking heartland of India - which gave the BJP and its allies 203 of the 225 seats that they won in 2014.

So the Congress's robust performance here is a shot in the arm for the party. It will bolster the morale of party workers, make it more acceptable to sceptical regional allies, and boost the wavering image of its leader Rahul Gandhi. It will send out the message that Mr. Modi's BJP is not invincible and can be defeated. All this will help Congress gain some much-needed momentum in the run-up to next year's crucial general elections.

But these state polls may be an unreliable barometer for next year's big elections.

For one, there was considerable anti-incumbency against the BJP in these states - the party was trying for a record fourth term in both Madhya Pradesh and Chhattisgarh. People in Rajasthan have a consistent record of voting out the incumbent after one term.

BJP workers will take solace from the fact that the party has not been routed, despite the formidable odds of anti-incumbency. The contest in Madhya Pradesh has proved to be a cliffhanger.

Secondly, the majority of seats in the three states witnessed bipolar contests between the BJP and the Congress. In general elections, regional parties will hold the key. Next year much will depend on the kind of strategic regional alliances the Congress is able to stitch up and sustain in different states.

Thirdly, one of the BJP's greatest strengths is having capable leaders in several states, many of whom who have completed more than one term. Hobbled by dynastic politics, the Congress has failed to groom young local leaders, depending mainly on the charisma of the Gandhi family.

Also, the Congress appears to lack political imagination and has been unable to produce a powerful counter-narrative to the BJP.

"It seems to be counting on anti-incumbency to do the work, a complacent attitude that has made the BJP competitive in areas where it has gathered genuine discontent, against the lack of development outcome, unemployment and rural distress," says political scientist Gilles Verniers, who teaches at Ashoka University.

With its stridently Hindu nationalist ideology, the BJP now represents the political right and is the main conservative party in India. Regional parties have usurped the Congress's centrist politics, contributing to the party's sharp decline over the years.

It is also not clear whether the Congress has a grip on India's changing politics.

In their new book, Ideology and Identity, political scientists Pradeep K Chhibber and Rahul Verma from the University of California, argue that India "is no longer led by a western-oriented elite and citizens have voted into power politicians closer to their roots, politicians who represent small-town socially conservative values, in the BJP or regional parties". This is a shift of power to a "more conservative and vernacular elite" which seems to have escaped the Congress.

What remains abundantly clear is that the 2019 general elections will be a referendum on Mr Modi.

In 2014, Mr Modi swept to power in what was an overwhelming verdict for change. His critics believe he has largely frittered away that vote. They say his rhetoric has moved from the politics of hope to the politics of grievance, mostly blaming the Congress for the country's ills. The party has also stoked renewed calls to build a temple on the flashpoint Indian religious site of Ayodhya, where a 16th Century mosque was demolished by Hindu mobs in 1992.

Mr. Modi's grandiose promises - especially to create more jobs and increase incomes of farmers - have begun to bite. Lack of jobs and farm distress will be the crucial issues next year, although whether the farmers will vote as an "angry bloc" against the government is unclear.

But the lack of a competitive leader to take on Mr. Modi, and the failure to offer an alternative narrative of hope to the people will make it difficult for the Congress and its allies to mount a credible challenge to Mr. Modi. Tuesday's verdict will surely rejuvenate the Congress, but that may not be enough to defeat a formidable ideological adversary like the BJP next year.