What is going on in Venezuela? - Political Analyst explains | Eurasia Diary - ednews.net

What is going on in Venezuela? - Political Analyst explains 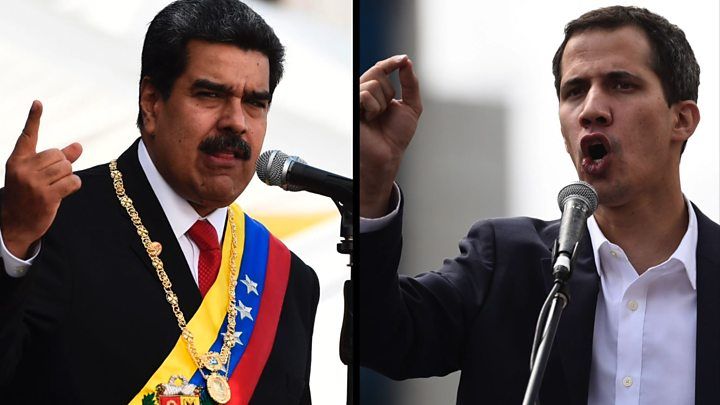 Since January 2019, Venezuela has faced a presidential crisis, which divided the country into two parts. President of the National Assembly of Venezuela, Juan Guaido declared himself as an acting President and was recognized by 50 states. After this decision, Venezuela lives its hardest years. The global pandemics also affected people’s living standards harshly amid the political crisis, which is not over yet.

“Overall the situation in Venezuela is critical regarding the public services, unstable and constant failures of electricity, domestic gas, water supplies. Additionally, a deepening gasoline shortage coupled with high inflation, which is affecting heavily the lives of Venezuelans in every level,” he told EDNews.net. The political analyst also noted the existence of a wish for a general for a change of the political system but lack a solid opposition leadership to channel their demands and the situation against the government.

“After Juan Guaido led the uprising and his self swearing as interim president he was able to reinvigorate the hopes of the people and reanimate massive streets mobilizations.  Nevertheless so far due to his inability to promote a change in the armed forces and corruption accusations against his team he has been losing steam despite counting with the backing of the White House and around 50 countries.”

On 6 May, Venezuelan security forces arrested dozens of people accusing them of attempting to overthrow President Nicolas Maduro. Two of the arrested people are Americans.

“On the contrary, in the middle of the deepening crisis and without enough means to contain the spread of the coronavirus and tackle the gasoline shortages across the country, Maduro needed another issue to try to unite the country against foreign intervention. In a general sense, it is looked poorly organized as to come from a power like the US so this could be likely a propaganda operation planned by Maduro and with the support of Cuba, Russia, and Iran.”

Jose Chalhoub considers that Nicolas Maduro has been capable to hold power based on the support of the armed forces with access to the strategic industries and businesses like food, gold, oil. He also doesn’t exclude the mistakes of the opposition.

“Due to the repeated mistakes of the opposition which in many times has been alleged to be in deals and connections with the government and sometimes co-opting it to keep their deals in place.”

The Venezuelan Political Analyst supposes that Maduro has been playing the Guaido exhaustion card and is letting him losing his steam in the middle of a sea of contradictions and positions in the opposition.

“So far while hitting different members of his close inner circle but not to himself since he still counts with the Trump administration backing. In the end, Maduro will push for his complete exhaustion in the political arena,” Jose Chalhoub concluded.