American expert - The promotion of racial and religious intolerance is a key component of American politics | Eurasia Diary - ednews.net 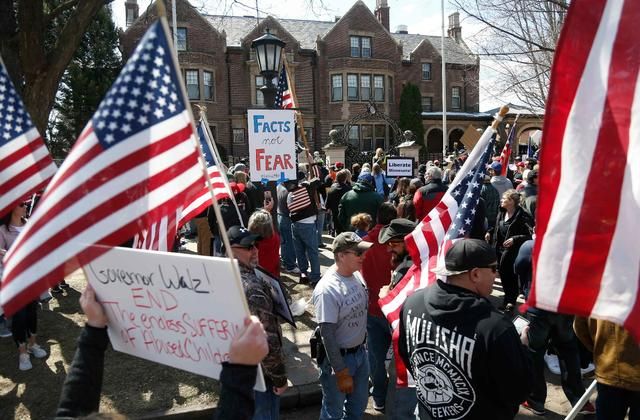 The death of George Floyd, who was pinned down by police in Minneapolis State, has led to the strong eruption of huge protests in most states of the United States. Initially, protests started in Minneapolis State, then it has spread to most states of the US.  Clashes happened between protesters and security forces while the policy was using violent means to destroy demonstrations. Trump administration decided to send military units to some cities to reinforce resistance against a number of huge protests.

The United States, which talks much about peace and likes to teach other countries lessons regarding democracy, opened his real face by suppressing peaceful protests violently and brutally.

Well-known American expert, Dennis Etler said: “All talks about democracy and human rights in the US is a charade, a hoax that has been perpetrated for over 250 years.”

Dennis Etler in his speaking to EDNews.net portal condemned Trump administration in showing aggressive behavior to peaceful demonstrations against racism.

“Trump is using the old repressive playbook used by reactionaries throughout American history, so it's nothing new. It's no different than the tactics used by southern cops when they attacked civil rights protesters in the 1950s and 60s and when the National Guard was called out during urban rebellions and anti-Vietnam War protests in the 1960s and 70s,” said Etler.

According to the view of Dennis Etler, US democracy and human rights have always been reserved for the privileged sectors of society and ignored those without power or property.

“While the struggles of the disenfranchised have led to the expansion of voting rights and various social programs, they are only begrudgingly granted and there are continual attempts to take them away,” Etler stressed.

For the opinion of expert, racial and religious oppression is endemic in the US.

“First Native Nations, Blacks, Hispanics, and Asian-Americans have been targeted throughout American history and used as scapegoats to deflect attention away from the economic crises of capitalism. They are irregularly accused to be the source of US social problems,” said Etler.

“The promotion of racial and religious intolerance is a key component of American politics, because it divides the people from one another, allowing them to be more easily manipulated and controlled,” he added.

American expert, Dennis Etler also touched upon the separatism policy of the United States in the strategy of its global imperialism. He said that the US uses its divide and rule strategy at home and abroad in order to obtain its strategic objectives.

“Separatism is a key component of US attempts to extend its global dominance and achieve global hegemony. It is much easier to contain and control a nation if it is fragmented and dismembered than if it is united and intact,” Etler noted.

“We've seen this tactic used in Eastern Europe, Yugoslavia, Russia, the Middle East and most recently in China.  Thus, Beijing has been firmly struggling to combat and thwart US attempts at destabilization in Tibet, Xinjiang, Taiwan, Hong Kong, and the South China Sea,” he added.