Armenia Left No Way Except War To Solve Karabakh Conflict 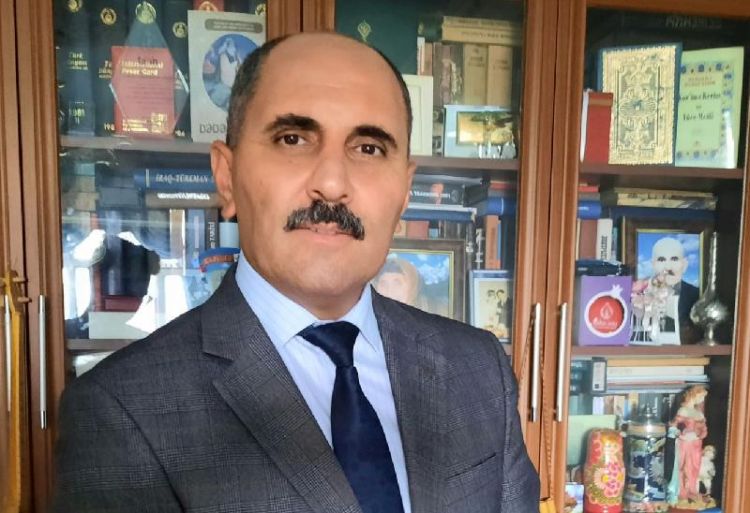 US Secretary of State Mike Pompeo invited Azerbaijani Foreign Minister Jeyhun Bayramov and Armenian Foreign Minister Zohrab Mnatsakanyan to Washington to discuss ongoing war actions in the Nagorno Karabakh and surrounding areas which are under occupation of Armenia. Azerbaijan, as usual agreed to discuss the issue behind the table while Armenia wished the same. And as a result of separate Washington meetings on October 23, sides agreed on humanitarian ceasefire effective of October 26, 08 a.m. local time. So Azerbaijani Ministry of Defense announced that his country will obey the ceasefire and stopped all military activities. Armenian Prime Minister Nikol Pashinyan also announced at 08.05 a.m. October 26, that his country is obeying the ceasefire in total. But immediately after that Azerbaijani Presidential Aide Hikmat Hajiyev disclosed that Armenian PM is lying. As was disclosed by the Ministry of Defense of Azerbaijan Armenian military units started shelling Tartar region, which is outside of Nagorno Karabakh, at 08.04 a.m. Thus 1 minute before Armenian PM’s lie.

Afterwards it became obvious that Armenian armed forces are shelling not only Tartar region, but all regions around Nagorno Karabakh and Tovuz, Gadabay and Dashkasan regions of Azerbaijan. These 3 are not in the Karabakh region. They are bordering Armenia in the North-West border line. This means that Armenia once more showed disrespect to the mediators and itself. If Armenia does want to continue the war Azerbaijan has quite enough power and will to act this way. But as repeatedly stated President of Azerbaijan Ilham Aliyev, “Azerbaijan is eager to take care of its citizens of Armenian origin residing in Nagorno Karabakh, which is under Armenian occupation”.

Thus Azerbaijan once more affirms its commitment to the state policy on multiculturalism and tolerance. Indeed, as shows the month-long military liberation movement, Azerbaijan does not target civil settlements and civilians who live or remain in Nagorno Karabakh. Azerbaijan is targeting only military bases and personnel and this is backed by multiple video footage provided to the audience. There are hundreds of video evidences showing how Azerbaijani Army is destroying enemy’s military equipment and personnel. In contrary Armenia is continuously targeting civilians not only in the line of contact, but in very far distance from that line. For example two attacks committed against Azerbaijan’s second largest city of Ganja in midnight left behind 26 dead and around one hundred wounded civilians. Even children were killed in these midnight attacks. By the way there was 13 year old Russian citizen among those killed by Armenian midnight rocket attacks in Ganja city.

Armenia launched missile attacks not only on the city of Ganja. There were several other attacks recorded and diverted from the targets by Azerbaijani Air Defense Systems. Armenia tried to launch rocket attacks on Mingachevir, Khyzy, Absheron, Kurdamir, Gabala and Siyazan regions which are hundreds of kilometers away from the scene of war actions. For example, Siyazan is in the North of Azerbaijan close to Russia – some 400 kilometers away from Nagorno Karabakh. Or Gabala is also in the Russian border with 300 kilometers distance from war zone. As stated Armenian officials, using this method they aimed to create chaos and atmosphere of scare among Azerbaijani population. But as shows the mood of the people, Azerbaijani citizens are not afraid of Armenia’s attacks, in contrary they are eager to join the Army and end up with Armenian occupation at all.

So seeing this will of Azerbaijani people Armenian authorities understand that it is not easy to explain to the entire Armenian nation faults in the war against Azerbaijan. If ceasefire really takes effect and Armenia gets chances to get its dead soldiers back home, there will be national outrage which can result overthrow of Nikol Pashinyan`s government. For now Armenia has thousands of dead military personnel but is hiding the real number. Most of the dead Armenian military personnel bodies remain in the war scene which are decaying day after day causing very bad smell around. Even for that reason moving forward Azerbaijani Army is very interested in humanitarian ceasefire to clean the area. But Armenia understanding this option too prefers to leave dead Armenian bodies to decay and smell bad, which can cause even deceases among moving forward Azerbaijani soldiers. That’s why Armenia is not interested in ceasefire. But as international opinion is pressing the sides to agree on ceasefire, Armenia expresses its readiness and agrees. And afterwards starts to violate the agreement and blame Azerbaijan.

The situation is as described above. The only way to end up with Armenian occupation and liberate all territories is to fight away occupants. Azerbaijan has no choose in this period of time. Only war is the right choose. Maybe unfortunately, but with no alternative. Armenia is forcing Azerbaijan to solve the conflict through war, which causes death of thousands from both sides…

Article is written by Azer Hasret, a well-known journalist in Azerbaijan.