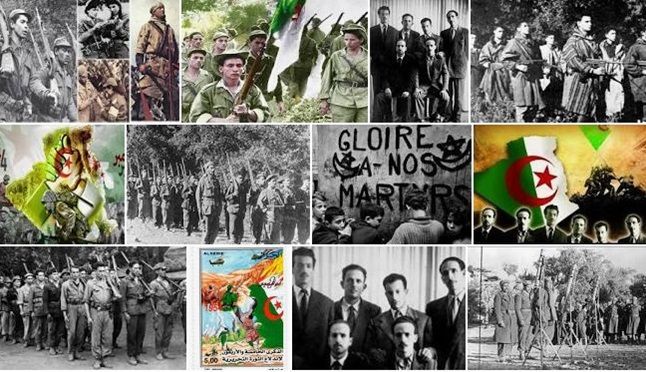 Algeria celebrates its national holiday on November 1st each year to commemorate the outbreak of the glorious revolution called for by The Declaration of November 1st 1954 to regain freedom and independence after 132 years of colonization.

The year 2020 marks the 66th anniversary of our war of liberation, a landmark event for independent Algeria. It is true that the health context deprives us of a celebration worthy of the event, however, it will not prevent the Algerian Nation from commemorating, with joy and pride, the memory of the liberation struggle that our people led to end the invasion and occupation of our ancestral land.

This commemoration is an opportunity to recall the epics of the armed struggle waged, honorably and courageously, by our people at the cost of enormous sacrifices, blood and tears. It offers us a moment of meditation, patriotic compassion and expression of gratitude to the memory of our valiant martyrs and courageous Mujahedeen, both those who left and those who are still, thanks be to God, alive.

Indeed, for more than a century, the colonialist doctrine clashed with the militancy and resistance of the children of Algeria, men and women, who through their successive revolutions, with courage and heroism, demonstrated their total and frank rejection of the occupation and allowed the resurrection of the Algerian Nation, after a long colonial night.

Our people, strong in their unshakeable faith, have fought a fierce battle against colonialism, which bet on the perpetuation of its presence on their sacred land. Thus, November 1st is a date engraved forever in the hearts and minds of Algerian men and women. All the sacrifices made by the Algerian people have raised our Glorious Revolution to the forefront of the revolutions of the people for freedom and dignity.

The commemoration of this memorable anniversary is in fact a highly significant halt for the inking of memory through successive generations. Generations attached to the referent of November 1st and conscious of the sacrifices of their elders to whose memory we bow today with respect and deference.

Inspired by their abnegation, the Algerian youth has always been animated by a devoted will to take up their torch again and build a new Algeria where, by popular will, the state of institutions and the rule of law will be realized and where, as yesterday, the youth will ensure its responsibility to make the expected leap on the way of a global upsurge.

In this year 2020, the date of November 1st has been chosen for our people to mark, once again, the history of their country by the expression of their choice on the draft revision of the Constitution, a fundamental text for the future functioning of institutions, which draws its principles and objectives from the millenary history of Algeria, the Declaration of November 1st and the legitimate and clearly expressed popular demands.

The draft that will be submitted, on November 1st, 2020, by popular referendum includes a series of profound changes in the organization of Algerian institutions, to ensure, in addition to other important new provisions, a strengthening of individual and collective freedoms and a harmonious, democratic and transparent functioning of the state structure at the exclusive service of the citizen and the general interest.

The Algerian Embassy in Baku opens its polling station on October 31st and November 1st, 2020 to allow the Algerian community residing in Baku to exercise their right to vote.

Long live to Algeria, independent and sovereign and Glory to our valiant Martyrs.

Article is written by Salima Abdelhak, a ambassador of the People's Democratic Republic of Algeria to the Republic of Azerbaijan.