Kocharyan's main target and the results of negotiations in Moscow - not willing to spoil relations with Kremlin | Eurasia Diary - ednews.net

daily news
Ilham Aliyev approved agreement between Azerbaijan and Pakistan
US sends military supplies to its base in YPG-held region in Syria
Iran has $2.5b trade exchanges with Caspian Sea countries
Israeli journalists visit Azerbaijan’s Aghdam district
Moscow says US is behind xpulsion of Russian diplomats from Czech Republic
Turkish anti-terror teams destroy PKK's 8 hideouts
Iran says dialogue with Saudi in interest of both sides
US withdrawal and UK deployment of warships in the Black Sea is another maneuver
﻿ 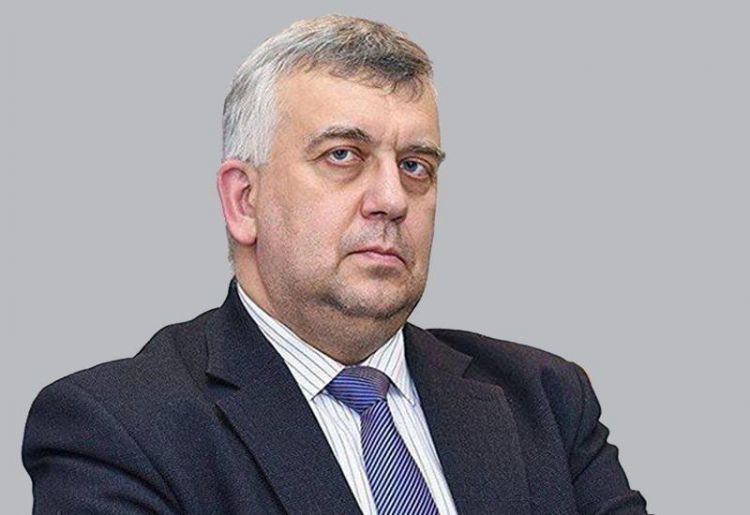 Former Armenian President Robert Kocharian is at the dilemma of Moscow and in between Pashinyan and the election campaign. Let us remind that the day before, at a press conference for the Russian media, Kocharian said that "if one of the parties does not agree with the results of the war, then it can resume under favourable conditions."

According to the political scientist, Kocharian's main task is not to spoil relations with Moscow, in particular with the Ministry of Defence.

“The second task is to try to suppress the electorate of Pashinyan. And finally, to go to the polls and win them with the highest possible result. His statement on the resumption of hostilities is pre-election rhetoric.

I think he understands very well that the consolidation of the Armenian Diaspora in the world, has not been successful. For example, the Armenian Diasporas located in different countries did not provide the support that Armenia was counting on. It was the main support, indeed. Furthermore, the unshakable position of Pashinyan's electorate, which, despite everything, continues to support him. Pashinyan anticipates it well, so he is not going to retire. "

I n his answer to the question, whether Russia would allow the resumption of hostilities, the expert replied that Russia is not the only player.

“Besides Russia, there is also Turkey, Europe and the United States of America. I think there is no chance of a resumption of hostilities at all. There can be no talk of it. "

In turn, Anton Bredikhin, Candidate of Historical Sciences, Scientific Director of the Centre for Ethnic and International Studies of the Russian Federation, noted the unstable internal political situation in Armenia: “The current situation in Armenia is based on “the muscle power”. Some of them rally on streets and some others join the protest. Moreover, it is not a fact that now there is a possibility of Robert Kocharyan coming to power. As you know, the rallies and all kinds of provocations of the generals that led by Ovik Gasparyan, Head of the General Staff of Armenia, have changed nothing. Pashinyan is comfortably seated in the prime minister's chair and, apparently, is not going to leave it."