Withdrawal of US army would leave power vacuum in Afghanistan - Expert 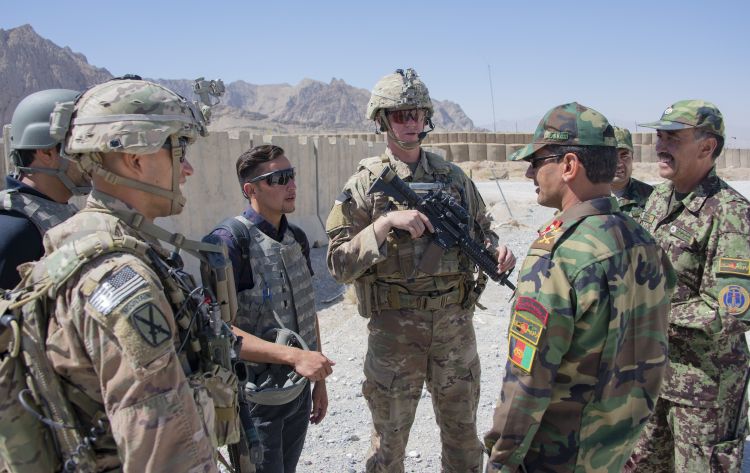 The withdrawal of the US army would cause the collapse of Afghan government and of the military, which would lead to civil war and humanitarian catastrophe in the country, said Mark A.Milley, the US top general.

According to US news sources, the Joint Chiefs of Staff of the US army argued that the withdrawal of US troops from Afghanistan will bring about the rise of insurgent and radical groups in the country that endanger peace and security in the region. From their opinion, the Afghanistan government does not have a strong capacity and ability to struggle with terrorist groups and inhibit the next civil war in the country.

Mark A.Milley, Chairman of the Joint Chiefs of Staff of the US army, in a virtual McCain Institute event talked about the further consequences of US withdrawal in Afghanistan.

According to him, Afghanistan would face a new civil war and humanitarian catastrophe after the withdrawal of the US army.

“The worst case would be a collapse of the Afghan government and of the military, leading to a civil war and the entire “humanitarian catastrophe that goes with it,” he said.

Top general added that there is also a possibility Al-Qaida will reconstitute in Afghanistan and Pakistan.

Speaking to Eurasia Diary, Qaiser Nawab, a renowned Human Rights and Youth Activist, as well as expert on international relations, made comments on the future of Afghanistan following the withdrawal of US troops. According to Q.Nawab, the US withdrawal would leave a power vacuum in Afghanistan, which could create opportunities for the rise of insurgent groups in the country.

“It would leave a power vacuum in Afghanistan as Afghan law enforcement agencies won’t be able to fill the shoes of USA power. As a result, insurgent groups would fill the gap and that could be disastrous for the country,” Nawab said.

Pakistani expert also endorsed that Afghan government is still unable to fight with the radical and insurgent groups posing serious threats to the region.

He said that the civil war in Afghanistan would result in a huge influx of refugees from Afghanistan and Pakistan.

“The withdrawal of the US army would prove Afghan government’s incapacity as it would face immense pressure from insurgent forces for power sharing. The US withdrawal could worsen the situation causing civil war in the country,” he noted.

“The civil war in the country would result in a huge influx of refugees from Afghanistan and Pakistan,” he added.

Touching upon stability and security in the region, Nawab pointed out that the unrest in Afghanistan would spread to neighbouring countries and ultimately engulf the whole region.

“The international peace could be endangered as insurgent groups would have free breathing and breeding space to worship their radical ideas,” he said.

“By the way, the US withdrawal would turn Afghanistan into the ground for balance of power.  The US top general Mark A Milley understands this issue very well.  He knows that Oman, Bahrain, Central Asia are not suitable places to control Afghanistan. The US needs air bases close to Afghan land in order to follow the peace process in the country,” he added.