A Letter from Karabakh - Air is Free, but the Land is Still in Pain | Eurasia Diary - ednews.net

A Letter from Karabakh - Air is Free, but the Land is Still in Pain 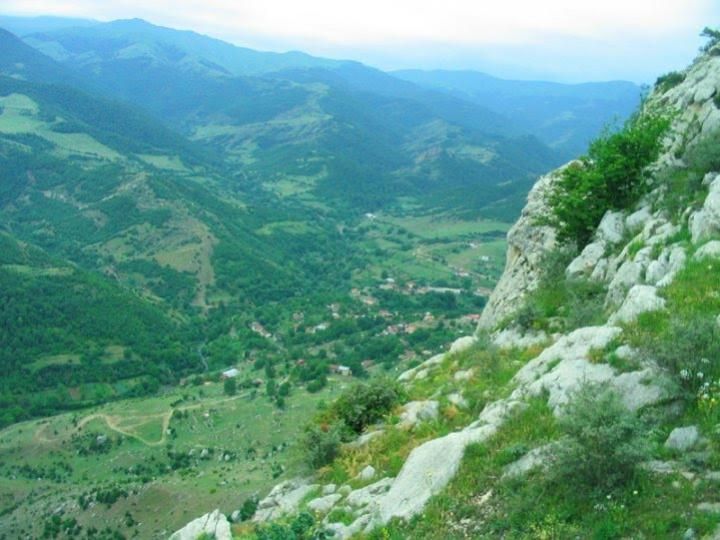 Imagine after 30 years of imprisonment in your own city, in your own house you finally get freedom, the immediate reaction will be inhaling the free air after the long era of suffocation.

Air is free, but the land is still in pain, deep contagious pain of entrapment and death. Kindly stop imagining and let’s face the real-life because it is real and it is the life people of Karabakh are facing.

Hard-earned freedom cannot numb their agony which has been transmitted to them by their land, any other person can be susceptive to those miseries but not the people who belong there. They want to breathe that free air, kiss that free land, want to remember the good old days, want to pay homage to their dead’s graves but none is possible as their land is crying in pain, the pain of losing more, pain of not being able to embrace. The entire Karabakh is a death zone and going in and coming out without any casualty is a miracle.

Mankind has not learned from history, the inhumanity and barbarism against fellow human beings have no limits. From Roman crucifixion to building towers with human heads- nothing has changed so far. Hate has the power to overshadow all social and moral rules. Was demolishing hospital, schools or even mosques not enough, all the innocent blood which Armenian shed on the name of power and hatred did not seem satisfying enough that while fleeing like hyenas they converted the entire area into a living hell, there is no place where mines have not been placed, in the streets, fields, gardens even graveyards, there is death silently waiting, death crafted by Armenians, a programmed death, it sounds audios, in 21st century with a bundle of human right organizations and plenty of human rights activists that defeated country literally leave no stone unturned to fix a mine there.

Soldiers are not enemies of humanity, they have nothing personal with any individual, victory or defeat must be taken gracefully by keeping soldierly dignity intact. This is a rare example of when a defeated army flees by not only planting thousands of land mines but also left their soldierly pride in the same ground where they got defeat. The fight of bandits and the fight of soldiers have only one difference and that is soldiers follow the international humanitarian convention, but thugs don’t.

Karabakh is free, but its former inhabitants can still not go there, and the labyrinth of mine is so dense that demining without a map is difficult, the same map that had been used by the Armenian Army to plant mines. The resilience of Azerbaijan is higher than Mount Everest, they are determined to make Karabakh liveable again, they have no doubt that all their energies are required for rebuilding and reconstruction, but Armenia has made the land a death zone and did it deliberately. Azerbaijan’s political machinery, military, and civil government are on the same page of reconstruction and habilitation of Karabakh. The towering amount of loss during the occupation could be compensated if the inhabitants at least could go back there, all the demolition, vandalism and theft can be digested if people can at least see their ruins, yes their ruins, ruins of their cities, markets, parks, streets and feel the empowerment which can ease their pain. Azerbaijani’s sense of ownership is unimaginable, they never give up, so how come they give up on ruins, they will build their cities, houses, streets, hospital, and schools again, they will build dreams out of debris all the dreams of love, happiness, companionship, and ownership.

They have to dream with patience as the entire civic world is with them they do not have that map of death, a single map which Armenia used to create a minefield out of Karabakh, they also need patience because their enemy is an immoral thug who does not abide any international military law. Never mind; Azerbaijani resilience will pay, the land of Karabakh will smile again no matter with or without the map.

My empathy triggered me to talk with relevant people to share my distresses and vent out my anger.  When I asked Umud Mirzayev, the President at International Eurasia Press Fund (IEPF) and the Deputy Chairman at Azerbaijan Press Council, he exclaimed to me the background of the Armenia-Azerbaijan conflict over Nagorno-Karabakh stating that conflict began in the period of the failure of the Soviet Union. During the 1988-1991 years, the conflict initially progressed with the great demonstrations held in Soviet Armenia and Nagorno-Karabakh Autonomous Oblast of Azerbaijan Socialist Soviet Republic against the territorial integrity of Azerbaijan.

“In this period over 300 thousand, ethnic Azerbaijanis were subjected to deportation from Armenia. Our people who lived in Armenia for a thousand years were brutally expelled from their native lands. Furthermore, Armenians organized numerous groups to commit terror acts in the Karabakh and other regions of Azerbaijan. They killed many innocent civilians, including children and women,” commented Umud Rahim oglu Mirzayev.

Umud Mirzayev said for thirty years, Armenian occupiers had been engaged in the policy of destruction and annihilation, as well the mining areas in Karabakh.

“I can say you that each inch of that region has been mined.  As a result, today the implementation of infrastructure projects in the liberated regions faces serious obstacles. Since November 2020, over 120 civilians have died and been wounded, because of the mines. After the signing of the 10 November capitulation agreement, the first step the government of Armenia should have to do is to hand over the maps of landmines to Azerbaijan. However, Armenia still refuses to provide the maps of landmines or deliberately delays the deadline of giving these maps. It should be considered an international crime against humanity,” stated Mirzayev.

One must remember that thirty years of illegal occupation of Armenian has committed unprecedented vandalism in Karabakh. Armenians have wiped out cities, villages, historical monuments, religious sites, and cemeteries in Karabakh.  It is a big crime against international humanity. Everyone who visited these areas to observe the ruins understood what a great tragedy occurred in Karabakh.

Two recent martyred are journalists – Azerbaijan Television (AzTV) operator Siraj Abishov and Azerbaijan State Information Agency (AZERTAJ) correspondent Maharram Ibrahimov were martyred when they stepped on mines in Kalbajar region while performing their professional duties. They were just doing their duties to film the facts of what happened in Karabakh.

The blood of Siraj Abishov and Maharram Ibrahimov seeped into the Motherland which is already in pain and she cries that martyred drops of blood must stop shedding on my chest.

Motherland says “I am in pain and I cannot take anymore. Siraj Abishov and Maharram Ibrahimov have to be the last ones. The burden of my martyred sons getting unbearable to me”

This article was published in DND News Agency. 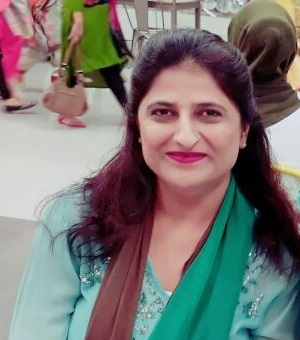 Note: The writer Shazia Cheema is an analyst writing for national and international media outlets. She heads the DND Thought Center. She did her MA in Cognitive Semiotics from Aarhus University Denmark and is currently registered as a Ph.D. Scholar of Semiotics and Philosophy of Communication at Charles University Prague. She can be reached at her: Twitter @ShaziaAnwerCh  Email: [email protected]