Allegations of Russian military intervention have been over-exaggerated - Ukrainian expert 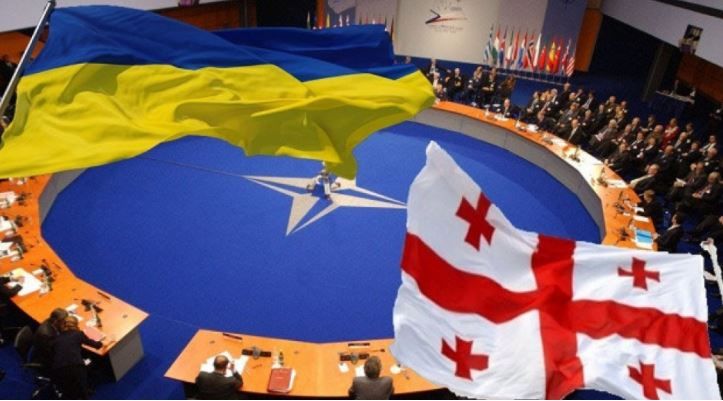 US Secretary of Defence Lloyd Austin's visit to post-Soviet countries Georgia and Ukraine has shaken Moscow. The Kremlin has reacted sharply to a US proposal of NATO membership for both countries that are hostile with Russia after occupation of their territories.

Kremlin spokesman Dmitry Peskov has called Ukraine's membership in NATO "the worst-case scenario" and said Russia would use "adequate measures" in this case. Speaking to Europe's France 5 TV channel, Peskov said the scenario has gone beyond the red line and has been directly against Russia's national interests, and that if it continued, Russia would be forced to use military forces for its national security.

At the same time, Russia has expressed the slightest concern for its warn out engagement with NATO adding that it would completely abandon relations with NATO.

"If the issue is a threat to our national security, then we are ready to burn the bridges between us and NATO," Russian FM Sergei Lavrov has stated it amid the meeting held between the US Secretary of Defence and Georgian officials.

Besides that, Kremlin stressed out several Russian high-ranking military officials in NATO would also be recalled. Further to these, it was emphasized that Russia would take even tougher measures against NATO in the political and diplomatic arena.

It is clear why Russia is so angry. If Ukraine and Georgia join NATO, then Russia will not be able to be so comfortable and arbitrary in the occupied territories. Russia does not accept this easily and does not seem to intend to do so. An angry statement made a couple of days ago is an example of this.

Of course, there is nothing left for Russia to lose, as it wants to completely seve its ties with NATO. After the recall of Alexander Grushkov, Russia's permanent representative to NATO in 2018, to Moscow, no other candidate has been sent to replace him. Regular meetings with the NATO Council have not been held over the past years. All this is an indication of the stagnation of relations between Russia and NATO.

How long can this compulsory cooperation last? Or which area could be the start point of the nervous Russia for a military operation?

He first told about Russia's reaction and how both countries would counteract this.

"Both sides - NATO and Kiev and Tbilisi - do not care what Russia thinks. Although some NATO countries are concerned that Russia may use military force, I am confident that these fears and anxieties will be allayed."

Tryukhan also touched upon the position of the United States on this issue. He stressed that both countries insist more on NATO membership than the White House.

"In fact, the United States does not urge Ukraine or Georgia to join. On the contrary, Washington's position on this issue is condemned by Kiev. When Biden came to power, there was widespread confidence that he could do more in Ukraine. We believed that the Biden administration could influence France and Germany to submit a work plan for Ukraine's membership. As for the rumours that Ukraine will face Russian military intervention if it receives a work plan for NATO membership, this problem is exaggerated. It does not cost the Kremlin much to suspend relations with the West now. "Otherwise, Victoria Nuland, a US official who was once banned from entering Russia, would not have been received by Kremlin officials last week."

Vadim Tryukhan also spoke about the comparative advantage of the parties, as well as Russia's position as an aggressor.

"In fact, seven years ago, Russia invaded Crimea, Sevostopol, and then invaded the Donbas and started a war to destroy Ukraine. For this reason, we should not talk about the beginning of the conflict, but about its escalation. This threat is still ongoing. But this is not due to Ukraine's desire to join NATO. The reason is completely different. Putin's government does not recognize the right of Ukrainians to have their own state. Putin and his team believe that 40 million Ukrainians living in Ukraine, as well as 30 million Ukrainians around the world, are part of Russia and are recognized by the civilized world as an independent state due to some mistake in history. Despite all this, Ukraine does not lose hope and will try to defend itself using the necessary means. "