Iran is beginning to understand the Abraham Accords - analysis - ednews.net

Iran is beginning to understand the Abraham Accords - analysis

Iran was surprised to see the recent Negev Summit where Israel hosted the foreign ministers of the UAE, Bahrain, Morocco and Egypt. It is now examining how strong this new alliance might be. 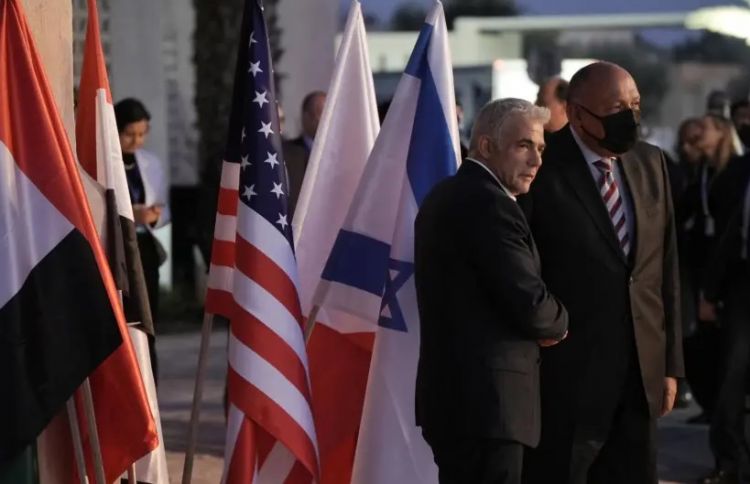 Iran was surprised to see the recent Negev Summit where Israel hosted the foreign ministers of the UAE, Bahrain, Morocco and Egypt. While Tehran has been shouting about the Abraham Accords since the beginning, accusing Arab states of betraying the Palestinian cause and threatening them against working with Israel, it appears that the Islamic Republic now understands that this new era of peaceful diplomacy is actually happening and it can’t prevent it.
In a recent article at Tasnim News, which reflects the views of the IRGC, the Iranian media said that the Gulf states have become closer to Israel because they see the US leaving the region. The US withdrawal from Afghanistan was one aspect of this new shift.
“Last year's US withdrawal from Afghanistan woke up the well-to-do sheikhs on the southern shores of the Persian Gulf and raised the question in their minds: what to do after the US? Who is going to save security for countries that are mostly lacking in strategic depth and are on the verge of collapse?” Iran’s answer is that the Gulf states are shifting to Israel for support.
Iran’s media acknowledged that the recent meeting was the first time that the foreign ministers of these countries have all gone to Israel together, which is historic. “The Zionists chose the meeting place of the ministers of the four Arab countries with the foreign minister of the Zionist regime in the Sdeh Boker area in the Negev desert, the area where David Ben-Gurion, the founder and the first prime minister of the regime, built a house for himself and his wife.”
Iran monitored these developments closely. They understand that the countries also have some concerns about it and its nuclear deal. “It is clear that this meeting was held against Iran and provoked by the Zionist regime.”
Tehran also followed closely another meeting where Egypt hosted Israel and the UAE, in which Iran says that regional defense cooperation against “drones, missiles and other hazards were on the agenda of the three leaders.” It reads reports that this could mean shared air defense technology, including Israel’s advances in laser technology. Recent reports in Gulf media have said Morocco wants Israeli air defense systems.
Iran has taken account of efforts to form what is called an “Arab NATO… with the participation of Bahrain, Egypt, Jordan, Kuwait, Oman, Qatar, Saudi Arabia and the UAE.” No such Arab NATO has come into being, however, and Iran continues to use the Houthis in Yemen to target Saudi Arabia and the UAE. “Eventually, escalating tensions in the Persian Gulf and attacks on the Aramco…led Qatar, Jordan and Egypt to oppose the formation of such a coalition, preventing the United States from forming such an alliance.”
Former US “President Donald Trump and his unprecedented pressure on Arab countries to normalize relations with the Zionist regime led the UAE, Bahrain, Morocco and Sudan to agree to" do so, Tasnim said.
NOW IRAN wonders if this new era will mean these countries will work successfully with Israel. “Will the Zionist regime be large enough to lead this coalition against Iran or any other country? The leaders of small Arab countries do not seem to have thought enough about this question….Can an alliance with the Zionists, who are far weaker in all aspects of power than the United States, be able to bring security to those who are willing to impose such a cost on their country in foreign policy?” This shows that Iran predicts more security risks for the Gulf.
Iran is now examining how strong this new alliance might be. “The United States and the Zionist regime, by intimidating the leaders of rich Arab countries and making Iran look bigger, intend to throw the Arab countries into a big trap that they themselves have been avoiding entering for two decades.”
Tehran says it will not turn a blind eye to this coalition. That could mean new Houthi attacks on the Gulf. Iran also points to Hamas having waged war against Israel in May 2021. “the Islamic Resistance [Hamas] fired more than 12,000 rockets at the occupied territories.”
Iran notes that none of the countries that are now working with Israel have been historically against the Jewish state. “Normalizing relations with these countries will not bring much for the Zionists, especially since [Israel]’s neighboring countries are not willing to normalize relations with the Zionists.” This refers to Lebanon and Syria where Iran has influence.
The Islamic Republic praises the recent terror attacks on Israel in Beersheba and Hadera, claiming that “five Zionists” were killed in one of the attacks. “These operations have shocked and confused the Israeli security services.”
Iran concludes that “if the calculations take into account Hezbollah in Lebanon and the advanced missiles, as well as the drones that the resistance group has, the exact weight of the Arab-Zionist NATO that is likely to be formed will be determined.” Tehran is hinting here that it will seek to use proxies to attack Israel in the coming months.