'US withdrawal can pave a way for IS' - France warns | Eurasia Diary - ednews.net

Russian fighter jet shot down two additional US drones near Khmeimim air base in Syria
Read: 683

Russia plans to expand its military bases in Syria
Read: 369

'US withdrawal can pave a way for IS' - France warns 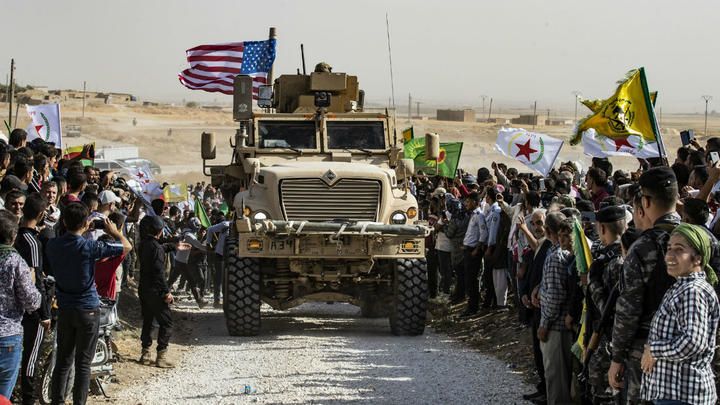 The US decision to withdraw troops from northeast Syria – leaving Turkey able to launch an offensive against Kurdish fighters – could pave the way for an Islamic State group resurgence, France’s Minister of Armed Forces Florence Parly warned Monday, France 24 reports.

France is one of Washington’s main allies in the US-led coalition fighting the Islamic State group in Syria and Iraq, with its warplanes having been used to strike militant targets and its special forces on the ground coordinating with local Kurdish and Arab fighters.

The United States began pulling troops back from the northeast Syria border on Monday in a move US President Donald Trump hailed as a bid to end “endless wars”.

The move appeared to leave allies scrambling to assess its impact.

“We are going to be extremely careful that this announced disengagement from the United States and a possible offensive by Turkey does not create a dangerous [move] that diverts from the goal we all pursue – the fight against the Islamic State – which is dangerous for the local population,” Minister of Armed Forces Florence Parly told reporters in northern France.

“We must be extremely vigilant that a manoeuvre of this kind cannot, contrary to the goal of the coalition, strengthen Daesch (an Arabic term for the Islamic State group) rather than weaken and eradicate it,” she said.

“Terrorist fighters in detention, including those of foreign nationality, must be tried in the place where they committed their crimes,” France’s foreign ministry spokeswoman told reporters, warning Ankara against any unilateral operation.

“This judgment and their secure detention in northeast Syria are a security imperative to prevent them from reinforcing the ranks of terrorist groups,” she added.