daily news
'Turkey will protect its rights, interests in Eastern Mediterranean
UN calls for rapid formation of Lebanese government
World should act to stop Kashmir ‘genocide’ - Pakistan
Iran confident UNSC will reject US draft resolution
Azerbaijan confirms 84 new COVID-19 cases
Armenia state of emergency expected to be extended
Sevres at 100: The treaty that partitioned the Ottoman Empire
Who owned the chemicals that blew up Beirut? - No one will say
﻿

Peace, prosperity and stability in Azerbaijan is significant for the true realization of international projects and UN 2030 Agenda - Qaiser Nawab
Read: 1004 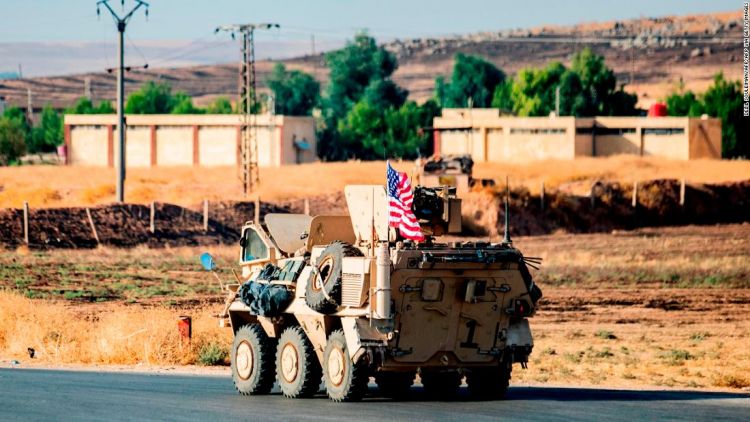 US President ,Donald Trump wants to keep 200 US troops in northeastern Syria, the New York Times reported.
According to the newspaper, Trump aims to continue the war on ISIS terrorist organization in addition to preventing the approach of the Syrian regime and Russian forces, from the area where the oil fields are located.
US Defense Secretary ,Mark Esper said on Sunday that 1000 troops withdrawn from northern Syria were expected to be transferred to western Iraq.
The US official pointed out that the forces in western Iraq will focus on helping to defend Iraq, and fight ISIS terrorist organization , according to "Reuters".