Rockets reportedly targeted the highly-fortified Green Zone in Baghdad as well as an air base housing US troops. The explosions come on the heels of a US airstrike that killed top Iranian general Qassem Soleimani. 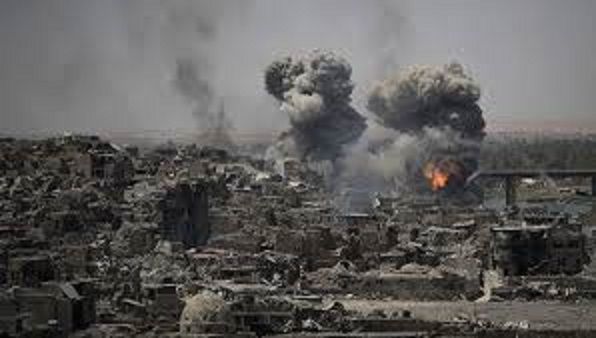 Several rockets fell in and around Baghdad on Saturday evening, including an attack targeting an air base housing US troops, the Iraqi military said.
Eurasia Diary reports citing Deutche Welle, several rockets fell in the city's Jadriya neighborhood as well as the heavily fortified Green Zone which houses government buildings and several foreign missions, including the US Embassy. Blasts also targeted the the Balad air base, located 80 kilomteters (50 miles) north of Baghdad,  which is hosting US troops in Iraq. Security sources told news agency AFP that surveillance drones were sent out above the base to locate the source of the rockets.
Iraqi military added in their statement that there was "no loss of life."
Police sources told Reuters news agency that five people were injured during mortor fire in the Jadriya neighborhood which is close to the Green Zone.
The rocket attacks come after a US airstrike killed Iraqi militia leaders and Iran's top general Qassem Soleimani, who headed Iran's elite Quds Force.
Iran vowed a harsh retribution for the US' targeted killing of Soleimani, bringing Washington and Tehran to the bring of a major conflict that could soon play out across the Middle East.
The killing sparked concerns from the US on a possible backlash against its embassy and bases where US troops are stationed in Iraq.