Libyans navigate Haftar's landmines as they return to Tripoli homes 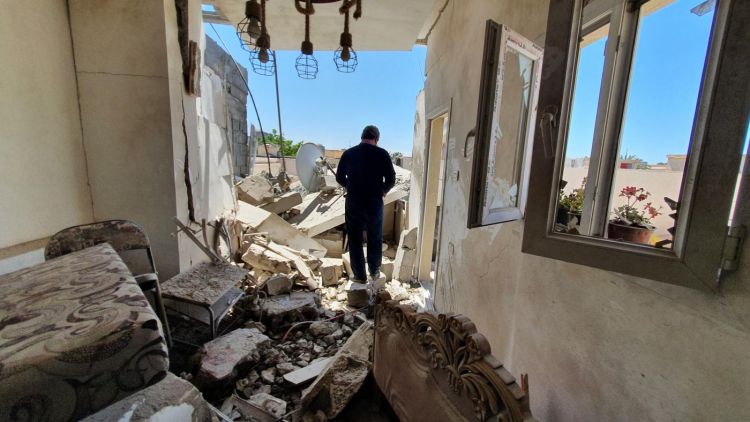 As the dust settles in northwest Libya after months of fierce fighting, residents displaced by battles between the internationally-recognised government and the Libyan National Army (LNA) have come back to landmines, damaged homes, and looted properties, EDNews.net reports citing Middle East Eye.

While the Government of National Accord (GNA) forces celebrate ending General Khalifa Haftar’s 14-month offensive to seize the capital, numerous videos circulating on social media have shown the enormous damage caused in areas south of Tripoli, including Ain Zara, al-Khala and Mashroa al-Hadba.

Ibtisam al-Arabi, a mother of two, and her family were forced to leave their house on the airport road on 10 October 2019 after missile attacks increased in the area.

“But we never thought it would be the last time we would see our home,” Arabi told Middle East Eye.

When the news that the fighting had stopped on the airport road came out, the family decided to go check on their house despite authorities warning people not to get close to the area.

“We were shocked by the horror we saw – havoc and destruction everywhere,” Arabi said.

Despite the chaotic scenes, Arabi’s husband did not stop driving until they reached their home.

“But there was no home. All we have had burned down,” she said.

“So tragic, the house that took us years to construct.”