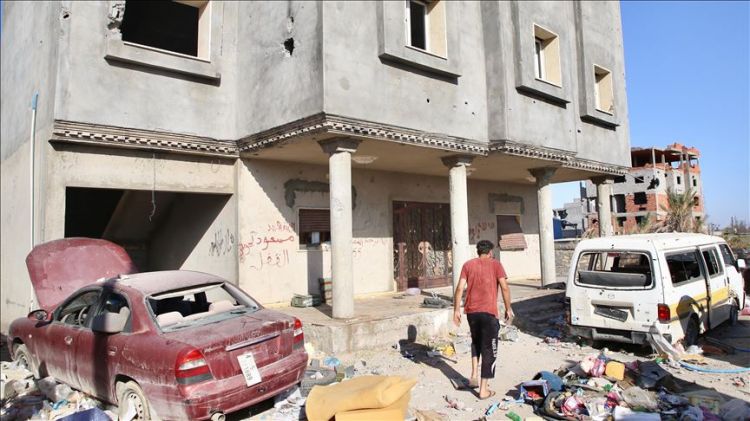 Abdel-Rahman Mohammad, a resident of Ain Zara, told Anadolu Agency that when he returned home he found it ransacked and furniture stolen.

He said he witnessed al-Kani gangs, militia fighting for Haftar, execute a man who was working with him in his shop after the victim was kidnapped.

Jum'a Turban said he is happy to return to Ain Zara but repairs to his two-story house will take three to four months.

The government launched Operation Peace Storm in March to counter attacks on the capital and recently retook strategic locations, including southern Tripoli areas, the Al-Watiya airbase, Tarhuna and other towns in western Libya.

It recently said 500,000 Libyans have been displaced and 120,000 houses were damaged as a result of Haftar's militia aggression against Tripoli.

The Libyan Center for Mine Clearance and War Remnants said June 16 that landmines planted by militias killed 39 civilians and injured at least 100 others, including women and children.

The internationally recognized government has been under attack by Haftar's forces since April 2019, with more than 1,000 killed in the violence.