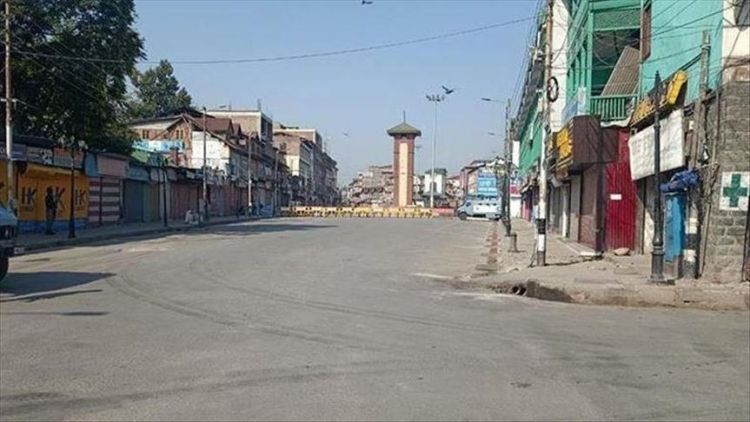 The government of Indian-administered Jammu and Kashmir will withdraw cases filed against a group of people from Bangladesh, including members of the Rohingya community, so that they can be deported, local media reported on Saturday.
It is not clear how many of the group are Rohingya refugees, hundreds of whom have been staying in Jammu since 2007.
Aseem Sawhney, the additional advocate general for the region, told Anadolu Agency that the Home Department of Indian-administered Kashmir could provide details on the origins of the people part of the group.
Several attempts by Anadolu Agency to contact officials of the department proved futile.
A report by a local media outlet, Kashmir News Observer, quoted Sawhney as saying that a person booked under the preventive detention law or another pertaining to foreigners cannot be brought out of jail for deportation without a court’s permission.
Therefore, state prosecutors will withdraw cases against these individuals to pave the way for their eventual repatriation, according to the report.
Sawhney was also quoted as saying that the Indian and Bangladeshi governments have finalized formalities for the deportation.
Last month, the Jammu and Kashmir government – directly ruled by New Delhi since being stripped of its special status in 2019 – placed some 150 Rohingya refugees in a “holding center” set up in a jail in Kathua district.
A police official told Anadolu Agency at the time that the process of identifying the illegal immigrants was started after approval from India's Home Ministry.
Mohammad Haneef, a Rohingya representative, said the community was distressed over the developments.
According to Haneef, there are over 6,000 Rohingya refugees living in 39 camps in the Jammu region, where right-wing groups have been demanding their eviction and deportation.