This will be the third UN Security Council’s meeting on the Palestinian-Israeli settlement this week, but for the first time this will be an open discussion with the participation of conflicting sides 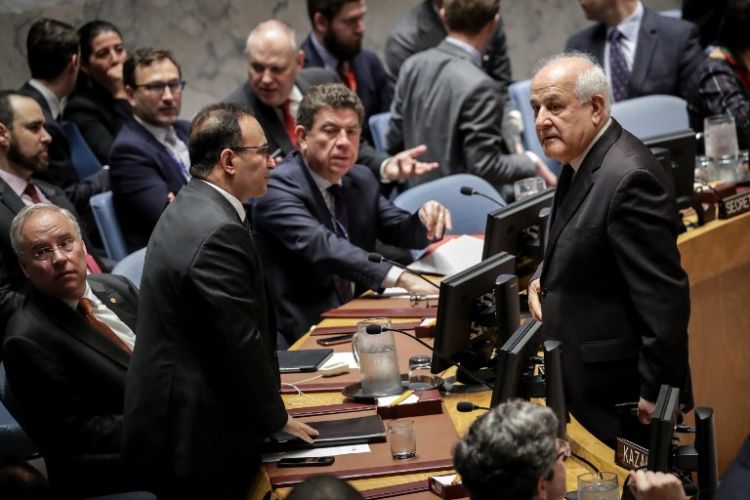 The representatives of Israel and Palestine as well as UN Secretary-General Antonio Guterres will address an open meeting of the UN Security Council on Sunday devoted to escalation in the region, a source in the organization told TASS.
"Besides 15 UN Security Council’s member-states, the representatives of Palestine, Israel and a number of regional countries, including Jordan and Egypt, will attend the meeting," the source said. The UN chief’s Spokesman Stephane Dujarric told reporters on Saturday that Guterres would address the meeting.
This will be the third UN Security Council’s meeting on the Palestinian-Israeli settlement this week, but for the first time this will be an open discussion with the participation of conflicting sides. At the previous UN Security Council’s meeting the parties failed to draw up a single statement calling for de-escalation due to the US stance.
An exchange of missile strikes between Israel and Palestinian radicals from the Gaza Strip began on May 10 following an outbreak of violence near the Al-Aqsa mosque in Jerusalem’s Old City in early May. Clashes between the Palestinians and the Israeli police were triggered by an Israeli court ruling to seize dwelling houses in the Sheikh Jarrah neighborhood from Arab families who have been living there for more than 50 years in favor of Jewish resettlers who had reportedly owned these buildings before 1948.