Armenian provocations in Karabakh are also a terror against Türkiye - Turkish general - ednews.net 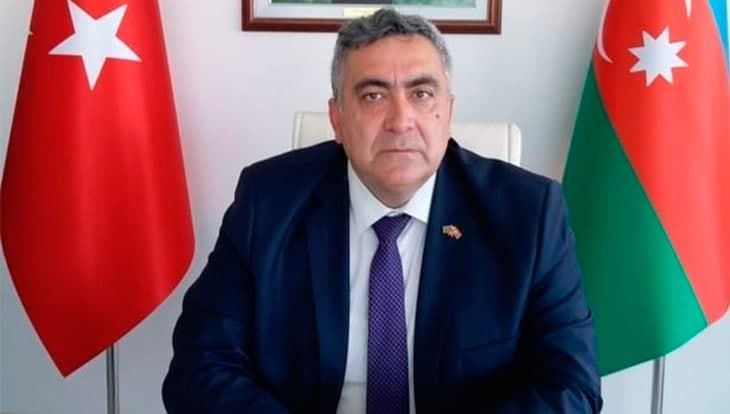 "For 28 years, Karabakh has become a place of those who have been thirst for blood. Here, the USA, France, other countries of the European Union, as well as Russia and Iran are worried about the once-and-for-all ending of the tension in Karabakh and the establishment of peace. If we say from a more objective approach, losing Karabakh, for which the parties mentioned here is the loss of a source of income for 200 years. Indeed, Azerbaijan's Karabakh war is based on a 200-year big business deal. In other words, the parties who lost these opportunities have always sought to increase their profits even by selling arms and ammunition to both Azerbaijan and Armenia.

Speaking to Ednews, former Major General Yücel Karauz said these words in his comments on the ongoing military situation in Karabakh. Given the existing peace agreements and joint statements, as well as the support of Türkiye, he called processes in Karabakh arbitrary.

"What happened in Karabakh cannot be accepted. Given the agreement of November 10, the joint statements signed in Moscow, the Brussels meetings, the meetings of the Ministers of Foreign Affairs of Azerbaijan and Armenia in Georgia, and even Türkiye's initiatives regarding cooperation with Armenia, violating the promise of Armenia and carrying out terrorist operations in Karabakh is against all laws.

The Turkish general said that such a step by Armenia is linked to both internal and external subjects.

"There should be no doubt that such a step of Armenia has something to do with both internal and external forces. In such a case, it is completely legal for Azerbaijan to start anti-terrorist operations to ensure the security of its territorial integrity, and if the Armenian side does not understand this, the Azerbaijani army has the right to do more. In my opinion, this should be announced to the whole world as a warning. For example, let me mention that despite the fact that Azerbaijan's 130 km long border with Iran has been under the enemy's control for 28 years, the Iranian authorities have remained silent on the security of their borders until today. However, when those borders were freed from occupation by the real possessor, Iran seemed to wake up from a dream and considered it unacceptable. Likewise, the activity of the Russian peacekeeping contingent based on a 5-year contract has not yet yielded any benefits."

Yucel Karauz also condemned the support of peacekeepers to Armenian militants and considered it against the law. He also spoke about Türkiye's reaction to what happened.

"The task of peacekeepers is not to help the other side, but it is to maintain peace and stability in the area where they serve by also maintaining neutrality. The peacekeeping troops are also considered part of the November 10 agreement.

Certainly, what happened does not escape Türkiye's attention, and according to the terms of the Shusha declaration, the actions of Armenian militants in Karabakh are considered a terrorist operation against Türkiye itself. I would like to remind that "Ankara's security goes through Baku, and Baku's security goes through Ankara," said Turkish President Recep Tayyip Erdogan many times. I must underline this once again that Türkiye will stand by the Azerbaijani army with all its strength in case of any terrorist attack against Azerbaijani soldiers and its territory.

Besides, Türkiye has no problem with the Armenian state. Türkiye's intention to normalise relations with Armenia is actually aimed at establishing peace in Karabakh. For this reason, we hope that Armenia will stop this illegal activity. Otherwise, all initiatives related to relations will be unequivocally stopped."