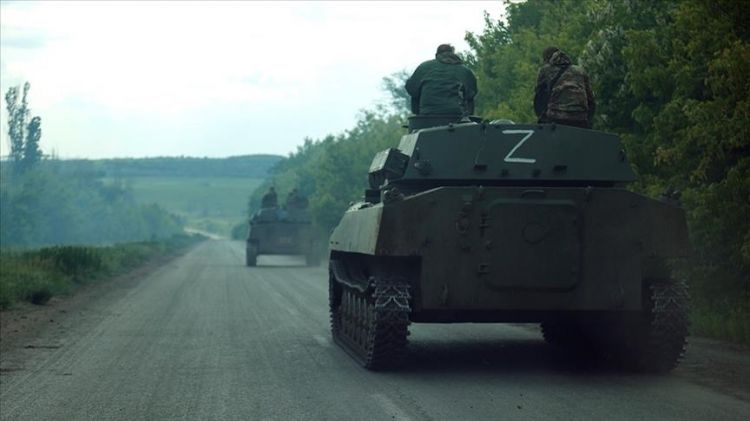 In a phone call with Scholz, Putin called out Western countries, including Germany, for their “destructive” actions such as “pumping the Kyiv regime with weapons and training the Ukrainian military,” according to a Kremlin statement.

He explained in detail Russia’s objectives for its “special military operation” in Ukraine, and urged Germany to “reconsider” its stance on the conflict.

Putin asserted that the West’s “comprehensive political and financial support” to Ukraine is the reason why “Kyiv completely rejects the idea of any negotiations,” the statement said.

“In addition, it encourages radical Ukrainian nationalists to commit more and more bloody crimes against civilians,” it added.

Putin stressed that Russian forces have long refrained from hitting “certain targets” in Ukraine, but “such measures have now become a forced and inevitable response to Kyiv’s provocative attacks against Russia’s civilian infrastructure, including the Crimean Bridge and energy facilities,” read the statement.

He said the “terrorist” attacks on the Nord Stream gas pipelines were also part of these provocations, and reiterated Moscow’s call for a “transparent investigation” that includes Russia.

On the grain export deal, Putin emphasized the need for its “comprehensive implementation … which implies the removal of all barriers to Russian supplies,” the Kremlin said.