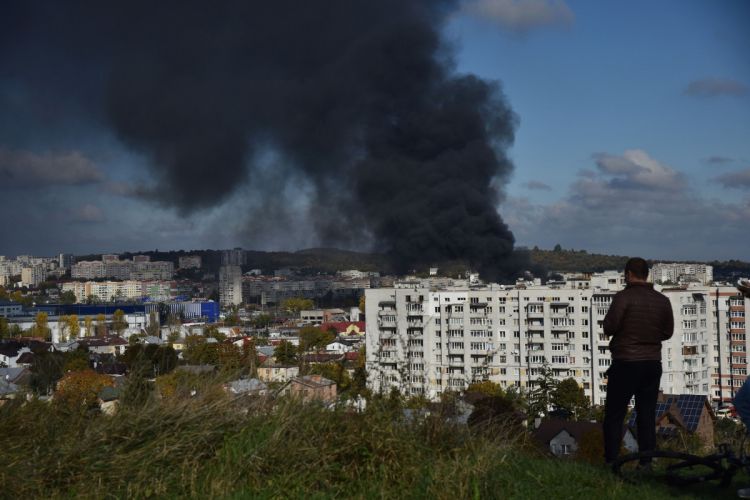 Energy facilities in the Kiev region in northern Ukraine, the central Vinnytsya region and the southern Odesa region were hit by the missile strikes, Shmyhal said on Telegram.

Ukrainian state-run energy company Ukrenergo said the situation in Ukraine's energy system is "difficult, but controllable" after the attacks.

Emergency power outages have been introduced in all regions throughout the country, Ukrenergo said in a statement.

The Air Force of the Ukrainian Armed Forces said on Telegram that it shot down more than 60 out of over 70 missiles fired by Russia against Ukraine's critical infrastructure on Monday.

The attack marked the eighth wave of Russia's air strikes against Ukraine since Oct. 10.