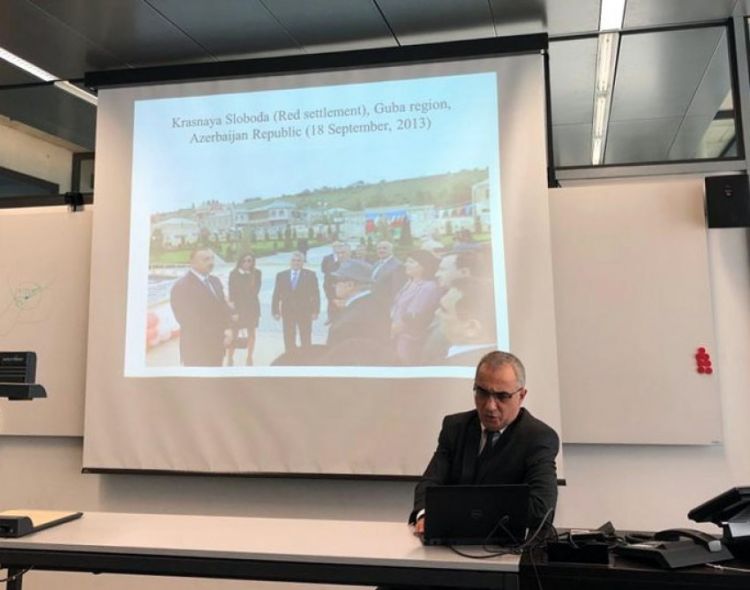 Organized by the Azerbaijani Embassy in Switzerland, Head of the Department of Interethnic Relations, Multiculturalism and Religious Affairs of the Presidential Administration of Azerbaijan Etibar Najafov has delivered a lecture on “State-religion relations and religious policy in Azerbaijan” at the Faculty of Social Sciences at the University of Fribourg.

Etibar Najafov drew the audience’s attention to Azerbaijan’s traditions of multiculturalism, and the causes of this phenomenon. He pointed to various religious communities in Azerbaijan, as well as legal basis regulating state-religion relations, and the state policy in this area.

In his lecture, Etibar Najafov described multiculturalism as both state policy and the people’s way of life in Azerbaijan. “Azerbaijan is one of a few states where there is no conflict on ethnic and religious grounds,” he said.

Etibar Najafov also drew the audience’s attention to Baku Process and prestigious international events held as part of this initiative in Azerbaijan.

Etibar Najafov then responded to questions from the event participants on a number of issues, including on ‘Azerbaijan's secular state traditions’, ‘regulating the activities of religious communities’, ‘religious and national identity concepts in Azerbaijan’, ‘Azerbaijan's vision for future strategy’, and the reconciliation initiatives between Armenia and Azerbaijan as part of the Baku Proces’.