Hagia Sophia might be changed to a mosque - Erdogan says | Eurasia Diary - ednews.net

Hagia Sophia might be changed to a mosque - Erdogan says 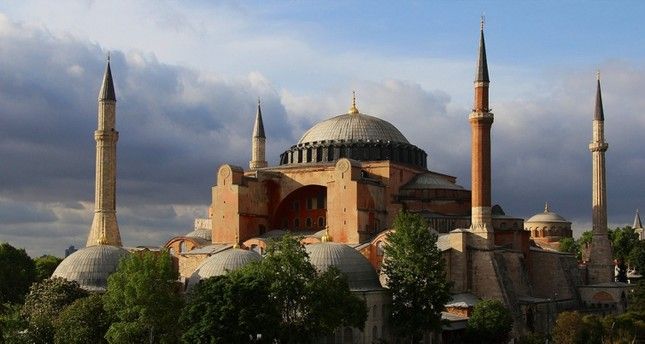 Turkish President Recep Tayyip Erdogan on Sunday voiced the possibility of changing the Hagia Sophia, which has been used as a museum since 1935 and is considered one of the world's wonders, to a mosque.

"This is not unlikely. We might even change its name to Ayasofya Mosque," Erdogan said during a live interview with Turkish broadcaster TGRT.

"This is not a strange proposal," he said regarding the calls to convert the historical building to serve the purpose it did for half a millennium.

"As you know, the mosque was converted to a museum in 1935, as a reflection of the (Republican People's Party) CHP mentality. We may as well take a step and change that," he concluded.