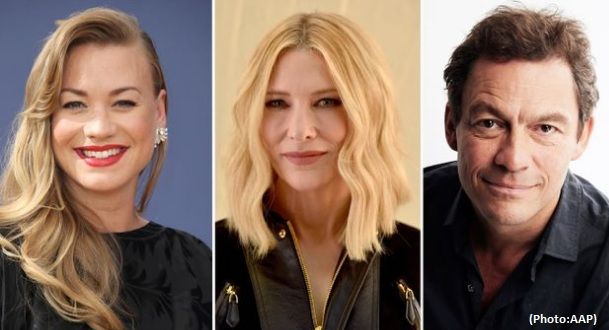 NBCUniversal will handle worldwide distribution on the drama, which is being produced by Blanchett and her husband, Andrew Upton, through their Dirty Films banner, alongside the Australian Broadcasting Corp., Screen Australia and Matchbox Pictures.

Production begins next month at Adelaide Studios in South Australia. Major production funding comes from Screen Australia and the ABC, with additional financial support from the South Australian Film Corp.

Co-created by Blanchett, Tony Ayres and Elise McCredie, the series centers on four strangers -- a flight attendant escaping a suburban cult, an Afghan refugee fleeing persecution, a young Australian father escaping a dead-end job and a bureaucrat caught up in a national scandal -- who are stuck in an immigration detention centre in the Australian desert.

Each character deals with the contradictions of protection and border control from a unique perspective, offering relevant and timely insight into issues that countries are grappling with around the world.