Peace, prosperity and stability in Azerbaijan is significant for the true realization of international projects and UN 2030 Agenda - Qaiser Nawab
Read: 846 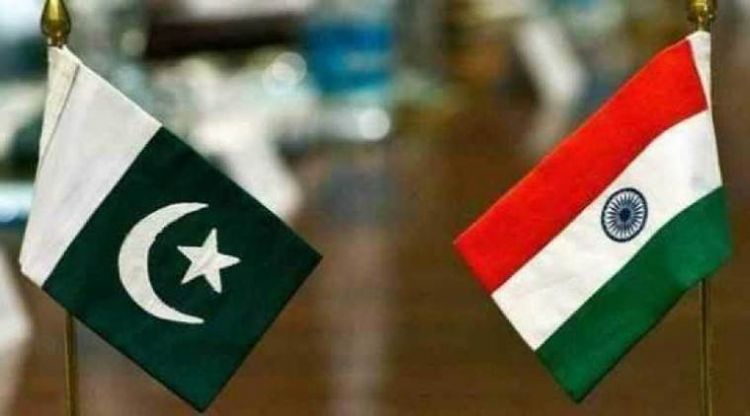 Traders from both sides of the Line of Control between India and Pakistan met at Tashkent in Uzbekistan and called upon both the neighbouring countries to “take a comprehensive review of the modalities and technical mechanism to restore operation of cross LoC trade as early as possible’’.

The three day meet held between June 23-25 was attended by cross LoC traders, leaders of business chambers from both sides. They assured their respective governments of their full support and assistance in putting the trade on modern and transparent lines to the benefit of economic development and peace in Jammu and Kashmir.
The participants also called upon the J&K Joint Chamber of Commerce and Industry (a consortium of regional chambers in Srinagar, Jammu and Mirpur) to closely work with the government authorities and the traders for early resumption of trade. The president of the JKJCCI, Rakesh Gupta, along with joint presidents Sheikh Ashiq (President Kashmir Chamber) and Sohail Shujjah (Mirpur Chamber) reiterated their commitment to liaise between government authorities, traders and other relevant stakeholders on their respective sides to ensure that real intention behind this unique confidence building measure (CBM) is not lost, according to a release issued here. Participation of women entrepreneurs from both sides of the Line of Control was one of the key highlights of the Tashkent meeting, it added.

The Union Ministry of Home Affairs had on April 18 this year suspended the cross LoC trade in Jammu and Kashmir citing reports about misuse of this confidence building measure (CBM) for funnelling illegal weapons, narcotics and fake currency. Pointing out that a number of concerns engaged in the trade are being operated by persons closely associated with banned terrorist organisations, the Home Ministry order also referred to inputs suggesting likely misuse of the cross LoC trade to a much larger extent by some people to evade higher duty following withdrawal of Most Favour Nation status to Pakistan post Pulwama terror attack.

The representatives of Regional Chambers of Commerce and Industry, Associations/Federations of cross-LoC traders and some independent entrepreneurs had met for a “Jammu and Kashmir Cross-Line of Control Business Track II’’. The meeting was facilitated by the Conciliation Resources as part of its support to the Cross-LoC Confidence Building Measures since 2009.
The participants took a comprehensive view of the cross-LoC Confidence Building Measures initiated by the Governments of India and Pakistan since 2005.They acknowledged the fact that various CBMs like trade and travel across LoC, in their limited scope, have contributed in building trust and enhancing shared understanding between regions and communities. Participants were of the unanimous view that agreement on opening of the Line of Control for travel of divided families and further allowing it for trade was a demonstration of the statesmanship of the leadership of India and Pakistan.

The cross-LoC traders said that responding to the CBMs agreed by the Governments of India and Pakistan, they sustained the cross-LoC trade with emotional investment despite severe financial risks and procedural and operational difficulties. They also noted with concern and regret that after launch of trade on an archaic and adhoc model in 2008, the Governments did not do enough to put the mechanisms on modern lines which left it vulnerable to possible misuse.

They regretted that the trade had to be suspended by the Government on the Indian side, with effect from April 18, 2019, for no fault of genuine traders. The abrupt suspension of trade has resulted into avoidable opportunity loss. They also noted with deep regret that the peacebuilding and economic potential of the cross-LoC trade could not be realized to its optimum strength due to a variety of reasons.

The participants acknowledged the political sensitivities and difficulties in actualizing the spirit behind softening of Line of Control, but they vehemently asserted that businesses can be viewed separately from politics as in the case of India-Pakistan International Trade which has continued uninterruptedly despite many bilateral setbacks.