US senator prepares proposal to purchase S-400 from Turkey
Read: 547 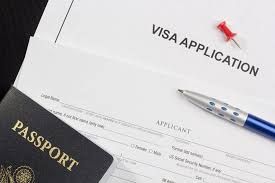 Acting Chairman of the State Committee for Tourism Development of Uzbekistan Abdulaziz Akkulov said that this initiative will help attract foreign visitors to both countries, Report News Agency writes.

Notably, on July 9, 2019, the First Tourism Fair of the CIS countries kicked off in Samarkand. The event is attended by representatives of ministries and agencies of Uzbekistan, foreign partners and guests from Kazakhstan, Belarus, Azerbaijan, Turkmenistan, Russia, Kyrgyzstan and Tajikistan, representatives of scientific and business circles of foreign and domestic mass media.

During the event, the Kazakh side also stated that it intends to involve Azerbaijan and Turkey to the project of the Asian version of "Schengen" Silkway.