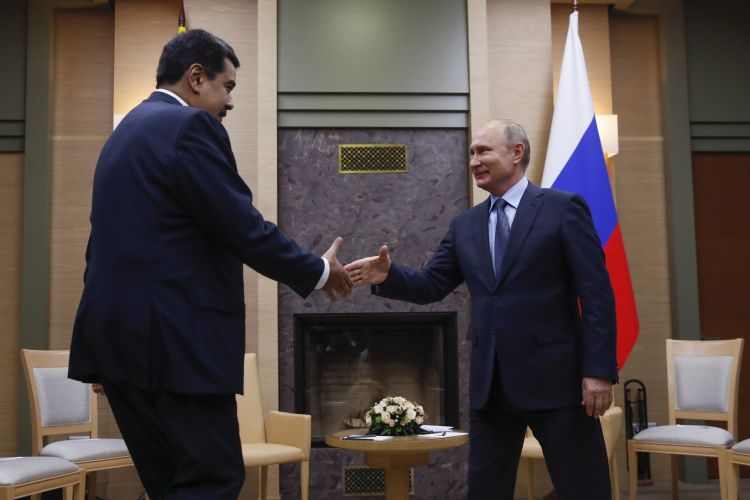 Venezuelan President Nicolas Maduro has discussed bilateral economic cooperation with the Russian delegation on Friday, Eurasia Diary reports citing Tass.
"I had a meeting with an important delegation from Russia," Maduro said in a speech broadcast on Twitter.
He added that he also held talks with Turkish businessmen. "Thousands of possibilities open for us to continue developing trade, economic exchange and investment," he noted.
Maduro did not specify who represented the Russian delegation.