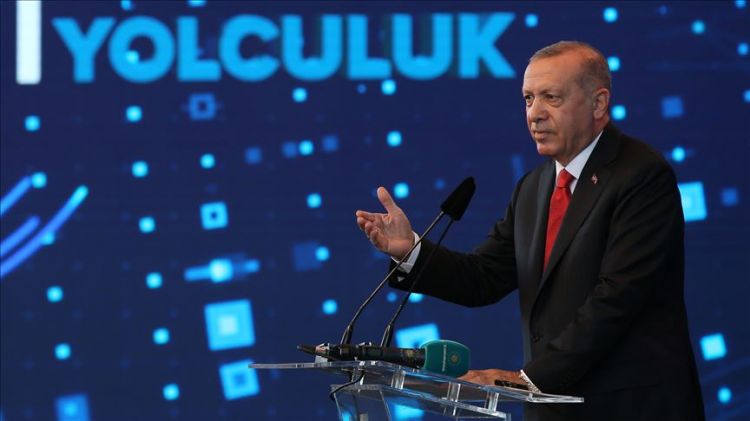 “We plan to complete the [construction of the] factory in 18 months and take our [first] vehicle from the production line in the last quarter of 2022,” said Erdogan at the groundbreaking ceremony in the northwestern Bursa province.

Erdogan said they have started the construction of a "huge production complex with different facilities that will radically change the perception of a factory in people's minds.” He went on to say that he was proud of realizing a huge project despite the novel coronavirus pandemic, which has claimed thousands of lives around the world.

Erdogan said that it was a "historic step" to realize a 60-year-old dream to produce the country's indigenous car.

Earlier this year, Gurcan Karakas, the CEO of Turkey’s Automobile Joint Venture Group (TOGG), said that the factory will start mass production in 2022 with an annual capacity of 175,000 units.

In June 2018, five industrial giants: the Anadolu Group, BMC, Kok Group, Turkcell, and Zorlu Holding as well as an umbrella organization, the Union of Chambers and Commodity Exchanges of Turkey, joined hands to create TOGG.

TOGG will produce five different models -- SUV, sedan, c-hatchback, b-SUV, and b-MPV -- until 2030 and own their intellectual and industrial property rights.

The factory will employ 4,323 staff, including 300 qualified personnel.

TOGG's electric vehicle platform, designed by TOGG engineers completely for all five models, will be original and patented.

The platform will provide a structure for maximum efficiency, comfort, durability, and safety.

The indigenous car will also be supported by the government with tax discounts and incentives.