He’ll be back? HugebBanner with Joseph Stalin as terminator appears in Russia | Eurasia Diary - ednews.net

He’ll be back? HugebBanner with Joseph Stalin as terminator appears in Russia 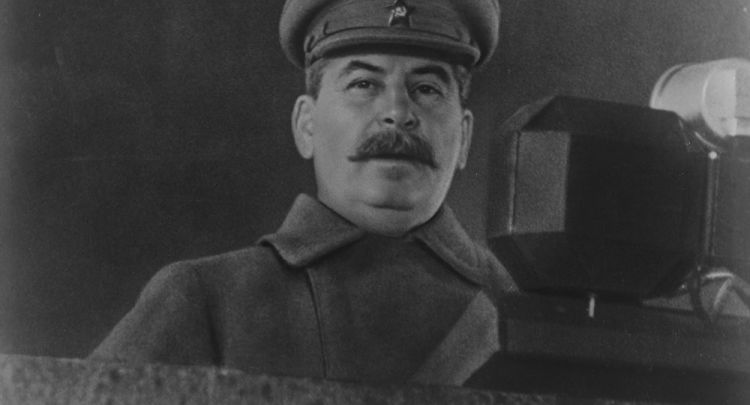 The image stirred some controversy on social media, but was reportedly favored by a majority of those voting online, Eurasia Diary reports citing Sputnik.

Russia is full steam ahead into year 2020, which will mark the 75th Anniversary of the victory in the Great Patriotic War, and various regions of the Earth’s largest country are preparing to celebrate the big date – some in more exotic ways than the other.

A plant in the small settlement of Gidrotorf, located in the Nizhny Novgorod Region, decorated its building with a huge banner depicting Joseph Stalin dressed like the Terminator, complete with a leather jacket and sunglasses, and wielding an AK-47 while captioned: “I*ll be back” (in English) and “75 years of the Great Victory” (in Russian).

The controversial image raised a few eyebrows, if for no other reason than the Kalashnikov rifle, as its name suggests, was first displayed in 1947 and entered service in 1949, long after the war came to an end. Some users disliked the banner, saying they’d rather not see the return of Stalin or his rule.

Despite this, the banner has reportedly won an online poll with an overwhelming majority of 4900 voters expressing favor in the artwork, Instagram account “capitalmoscow” reports. Gidrotorf’s population is reportedly some 7500 adults.

The plant where the banner is displayed was officially launched just recently – on 19 December this year. It recycles exhaust gases emitted by the Nizhny Novgorod Thermal Power Plant and is expected to produce some 17,000 tons of liquid CO2 for industrial use annually, according to Russian media reports.