Space hurricane which rains electrons instead of water discovered by scientists
Read: 1396

Russia’s Su-15 is Unsophisticated But it Was Deadly - For a Time
Read: 867

Pashinyan’s chances are high to be re-elected after snap elections - Expert
Read: 356 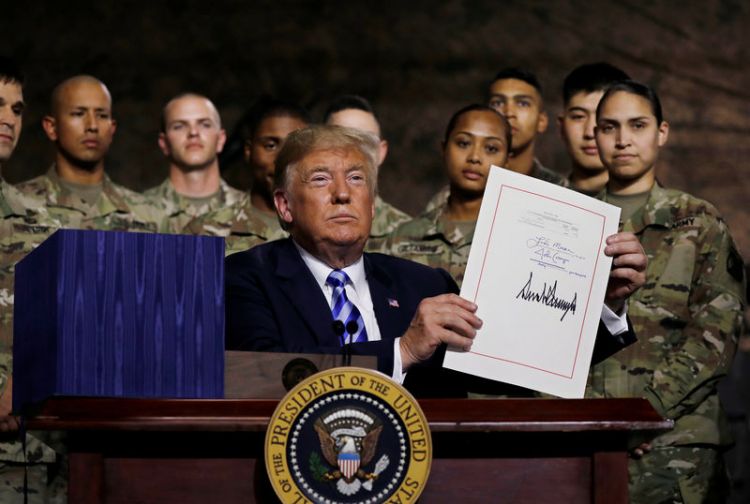 China on Tuesday condemned measures targeting it in a new U.S. defense act, saying it would comprehensively assess aspects that beef up the role of a panel tasked with reviewing foreign investment proposals.
China’s complaints about the act come as the world’s two biggest economies engage in an increasingly bitter fight over trade, levying tariffs on each others’ products.
U.S. President Donald Trump signed a $716-billion defense policy act on Monday that authorizes military spending and waters down controls on U.S. government contracts with China’s ZTE Corp and Huawei Technologies Co Ltd.
The National Defense Authorization Act, or NDAA, strengthens the Committee on Foreign Investment in the United States (CFIUS), which reviews proposals to determine if they threaten national security. That measure was seen as targeting China.
China’s Commerce Ministry said it had noted the inclusion of CFIUS in the act and would “comprehensively assess the contents”, paying close attention to the impact on Chinese firms.
“The U.S. side should objectively and fairly treat Chinese investors, and avoid CFIUS becoming an obstacle to investment cooperation between Chinese and U.S. firms,” the ministry said in a statement.
Chinese and U.S. companies seek greater cooperation on investment, it added, urging the two countries’ governments to heed the voices of their companies, and provide a good environment and stable expectations.
Monday’s legislation also calls “long-term strategic competition with China” a top priority for the United States, which should improve the defense capabilities of self-ruled Taiwan, claimed by China as a wayward province.
In a separate statement, China’s foreign ministry said the United States passed the act despite China’s strong objections and it was dissatisfied with the “negative content related to China”.
China urges the United States to abandon Cold War thinking and correctly and objectively view relations, and not implement the act’s negative clauses about China, so as to avoid harming cooperation, the ministry added.
Taiwan said it thanked the United States for its consistent support.
Taiwan would “continue to actively coordinate with the U.S. government to stably deepen the security partnership between Taiwan and the United States on a mutually beneficial basis”, Taiwan’s foreign ministry said.
The United States has no formal ties with Taiwan but is the island’s strongest ally and sole foreign arms supplier.
Taiwan President Tsai Ing-wen is visiting the United States this month, stopping off first in Los Angeles and then in Houston on her way to and from Paraguay and Belize.
China has complained to Washington about the visits.