'We will live in different Turkey in 2023, if we can overcome threats' - Erdogan calls Turkey to unity | Eurasia Diary - ednews.net

Azerbaijan has right to use its armed forces to take back its legally acknowledged territory - British journalist
Read: 5285

'We will live in different Turkey in 2023, if we can overcome threats' - Erdogan calls Turkey to unity 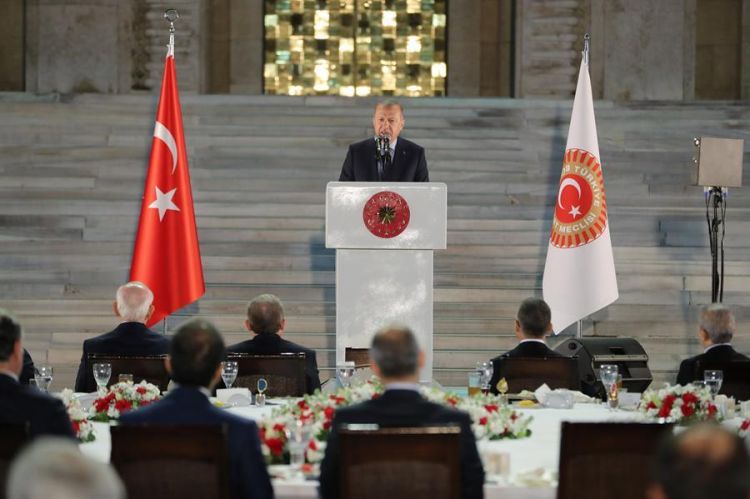 Turkey's president on May 21 called on lawmakers, political parties and the entire nation to unite against threats, attacks, and traps aiming to destroy national unity of 82 million people.

Speaking to lawmakers at a fast-breaking dinner at the parliament, Erdoğan said: “We are inviting each one of our 82 million people to meet on 'Turkey's common ground'.”

He said the political competition should not hinder togetherness in the country.

On May 6, Turkey's Supreme Election Council (YSK) announced a do-over election in Istanbul to be held on June 23.

It accepted the AKP's objection to the local election results in Istanbul with seven votes in favor and four against.

YSK said the decision was based on the fact that some officials presiding over ballot boxes in the province during at the elections were not civil servants as is required by law.

“If we can overcome security threats that we face today, economic attacks and traps aimed at destroying our national unity, we will hopefully be living in an utterly different Turkey in 2023,” Erdoğan said.

Underlining the importance of lawmakers and political parties' role, Erdoğan said, “Let's spoil this big game” that targets the national unity of Turkey.