Armenia has turned Garabagh into Kandil Mountains of the PKK - What is the plan 4T of Armenians? - Exclusive
Read: 443

Spain's caretaker PM Pedro Sanchez says talks on forming a government with the support of the far-left Podemos party have failed. Sanchez' Socialists reject a formal coalition with the party but need its votes. 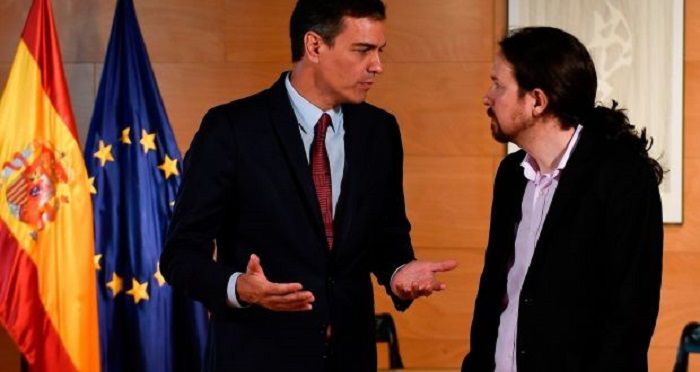 Spain's caretaker prime minister, Pedro Sanchez, on Monday accused the far-left Podemos (We Can) party of breaking off negotiations on forming a new government, just over a week before he is to face a confidence vote in Parliament.

Sanchez is seeking support from Podemos and other regional parties for a minority government after he and his Socialists won April elections but failed to gain the absolute parliamentary majoritynecessary to govern alone.

The Socialists have ruled out a formal coalition with Podemos, but Sanchez last week said he was ready to give some ministerial posts to people deemed as acceptable by the far-left party. The proposal has been rejected by Iglesias, with Podemos making its support conditional on some of its actual leaders being included in the Cabinet.

Confidence votes in the balance

In an interview on SER radio on Monday, Sanchez called on two major rightist parties to abstain in the confidence vote next Tuesday to allow him to win and lead a minority government. If he fails to gain an absolute majority of 176 voters in the 350-seat lower house, another vote will be held two days later where he needs only a simple majority.

If no new government can be formed, new elections would automatically be held on September 23. If called, they would be the fourth in four years in Spain.

Sanchez, 47, came to power in June 2018 after a no-confidence motion filed by the Socialists against the then conservative Prime Minister Mariano Rajoy was passed, partly with the support of Podemos.