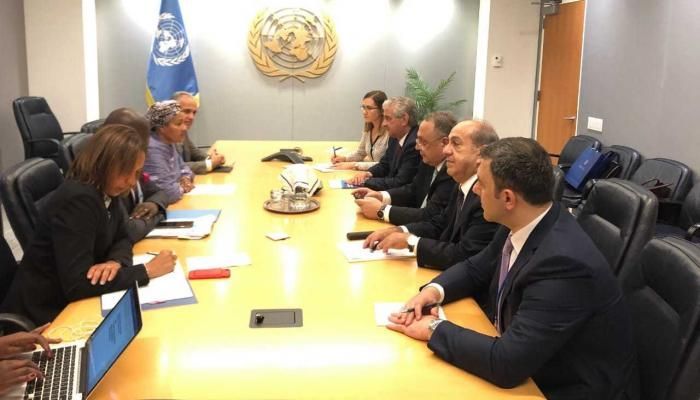 Ali Ahmadov, Deputy Prime Minister, chairman of the National Coordination Council on Sustainable Development met with the Deputy Secretary-General of the United Nations Amina Mohammed in New York city, US.

Eurasia Diary reports citing to Cabinet of Ministeries that Deputy Prime Minister said that as a country that is making great efforts to contribute to the solution of global problems, as well as paying special attention to international partnership, Azerbaijan determines the establishment and strengthening of such cooperation in the coming years as a priority. Deputy Prime Minister noted the effective cooperation with various institutions of the organization after joining the UN in 1992, and signing several important documents within the framework of this cooperation, he underlined that a new page was opened in cooperation with the UN in joining the Agenda for Sustainable Development until 2030.

He pointed out that he is planning to be in the forefront of achieving Sustainable Development Goals (SDGs) based on the experience gained by the Republic of Azerbaijan in achieving the Millennium Development Goals. He noted that there is a great interest in the agenda in Azerbaijan as a global development program, and all partners admit that the SDGs are suitable for the country. All state agencies are ready to support the integration of SDGs into their activities. In this regard, the Government will provide comprehensive support to the initiatives of interested partners for the effective implementation of the Agenda as a coordinator for achieving SDGs which adapted to the national priorities. At the same time, Azerbaijan envisaged the preparation of the new 2030 Strategy and the integration of DIMs into this strategy.

During the meeting, it was noted that as a result of Armenia's aggressive policy, 20% of Azerbaijani lands were occupied and more than one million Azerbaijanis became refugees and internally displaced persons, all of which had difficulties in achieving Sustainable Development goals in the country. The UN Security Council's resolutions on the conflict have not been implemented yet.

Mrs. Amina Mohammed highly appreciated the importance of establishing a high-level National Coordinating Body for the complex coordination and implementation of the obligations of SDGin Azerbaijan, as well as the efforts to integrate into SDG in a short period of time, as well as the first country in the region and CIS, the submission of the Second National Voluntary Report at the High-Level Political Forum. He said the steps taken by the country in the overall implementation of the DMEs are commendable. Emphasizing the importance of establishing peace and peacekeeping institutions in achieving sustainable development, the Deputy Secretary General said that the UN is always ready to support Azerbaijan in the peaceful settlement of the Nagorno-Karabakh problem.

Deputy Prime Minister Ali Ahmadov has invited Deputy Secretary-General to visit Baku to participate in the 2nd Baku Forum on Sustainable Development scheduled for 2020. The invitation was welcomed by Mrs. Amina Mohammed. 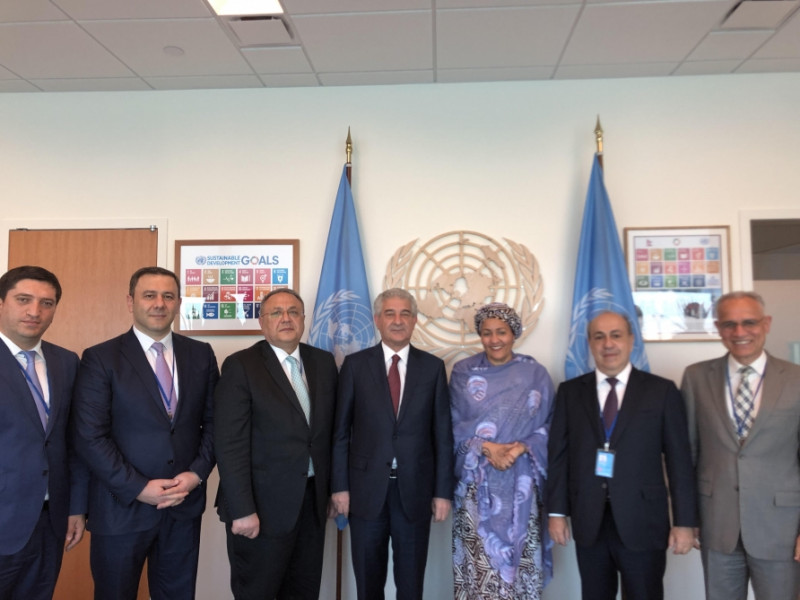 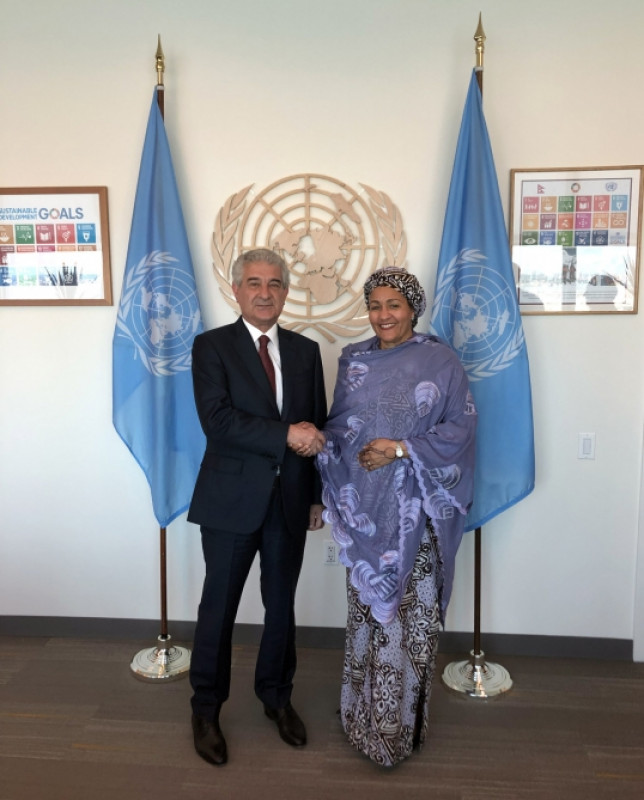