The loss of the four young men is extremely sad and we share grief of their families – British journalist
Read: 1118

Armenian meddling into "Keshikchidag" incident - Armenian factor must not be dismissed 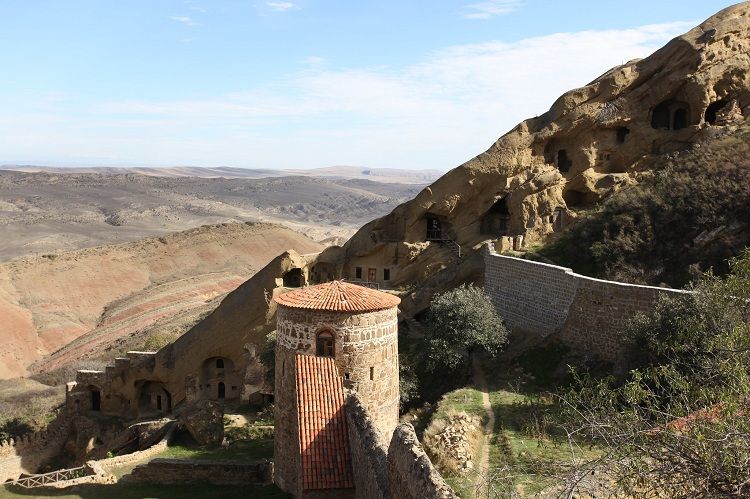 "The incident between Georgian and Azerbaijani border guards in the "Keshikchidag" monastery causes big concern."

I am confident that the Georgian government will seriously investigate the issue, and the transgressors will be punished by law. Such measures ought to be taken that these kinds of unwanted incidents do not occur in the future. Generally, anyone who seeks to fuels tension between Georgia and Azerbaijan, regardless of their nationality must be accountable to the law regardless of their nationality, citizenship." The MP noted that Azerbaijan and Georgia, which located in a sensitive geographical area, are strategic partner countries.

"Our nations hold together a tradition of strong friendship and good neighborhood of ancient history. Our region is a place for vast international projects. Azerbaijan and Georgia are leading countries in the region. Both countries serve as a source of major stability in the region. In addition, a few are unable to stand our position.

Some Georgian clergymen, non-native Georgians, parties that have low ratings, inflame the “Keshikchidag” question and voice it as the utmost task that Georgian authorities must solve, and make accusations in this regard.

Their desire is to create tension in Azerbaijan and Georgian public.

I think the root of the issue is deeper. China and Europe's new, but indeed the oldest trade route connecting of the East and the West which going through Azerbaijan and Georgia, as well as our region's role in Europe's energy supply confront with the interests of certain power groups.

They are especially interested in creating tension. At this point, Armenia factor cannot be dismissed. Azerbaijan-Georgian friendship, not just stronger Azerbaijan, as well as stronger Georgia, do not serve purposes of Armenians. Armenians make territorial claims against Georgia today. To remind that during the war in 2008, many Armenians fought against Georgia on the sides of Abkhazians and Ossetians. This is an undeniable fact.

I am sure that Azerbaijani and Georgian people, as always, will demonstrate wisdom and will not allow provocation aiming at undermining neighborhood and strategic partnership relations. At the same time, I would recommend media representatives of both countries to take a closer look at the events and prefer coverage illuminating issues that unite our people," Aflatun Amashov said.