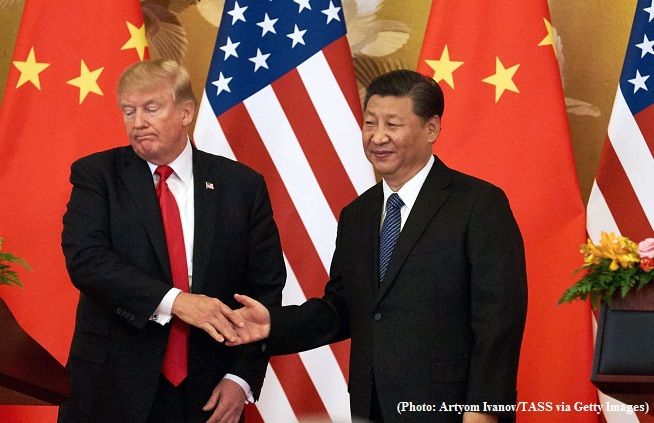 China appeared to harden its stance on trade. talks with the U.S. this week with the addition of a hawkish-on-trade member of the Chinese government to its negotiation team, Fox Business reports.

Zhong Shan, a member of the Ministry of Commerce, told the People’s Daily -- the official newspaper of the Communist Party -- that China needed to “stand firm” in defending its interests and people, “as well as the multilateralism trading system.”

“The U.S. has started this economic and trade dispute with us in violation of the principles of the World Trade Organisation – a classic example of unilateralism and protectionism,” he said. “We must make the best of the spirit of struggle.”

Although some analysts wondered whether the addition of Zhong was an intentional delaying tactic -- to see what happened in the 2020 presidential elections -- Treasury Secretary Steven Mnuchin said during an interview with CNBC on Thursday that a call between Beijing and Washington officials is scheduled for later on Thursday.

“Amb. [Robert] Lighthizer and I have a call scheduled for later today with our counterparts. This will be the second conversation we’ve had. There has been conversation at the staff level,” Mnuchin said. “We’re working under the direction of President Trump and President Xi from the meeting in Osaka and we’ll see where we get.”

Still, the world’s two largest economies have yet to set up face-to-face meetings since Trump and Xi agreed, during a meeting in Osaka, Japan for the G-20 summit, to a 90-day tariff ceasefire in the year-long conflict, which has rattled financial markets and threatened to slow economic growth.

The U.S. already imposes a tariff on $250 billion worth of Chinese goods; however, Trump said he would consider lowering the tax rate to 10 percent from the proposed 25 percent during “phase two.”

During a campaign rally in Greenville, North Carolina Wednesday night, the president touted the U.S. economy -- while taking a swing at China's. In the second quarter, economic growth in China cooled to 6.2 percent, close to a three-decade low. Exports also slipped last month.