Senior cleric says US in weakest position after leaving JCPOA 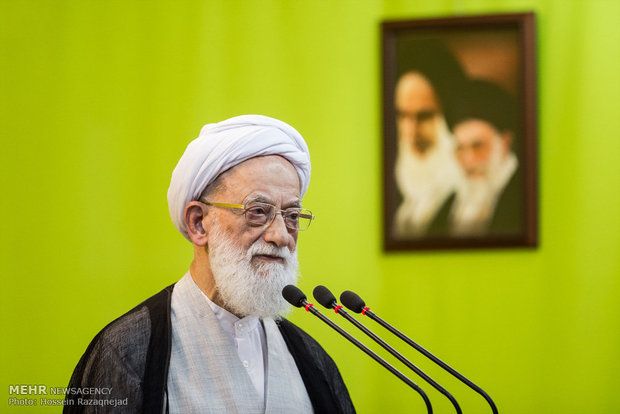 Ayatollah Mohammad Emami Kashani, the Interim Leader of Tehran Friday Prayers said that the United States' move in withdrawing from Iran nuclear deal was a huge blow to the American nation, adding that the US is now in weakest position on international stage, Mehr News writes.

Speaking during today’s Friday Prayers sermon at Imam Khomeini Musalla in the north of the Iranian capital of Tehran, Ayatollah Mohammad Emami Kashani censured the Europeans for not fulfilling their commitments to the Iran nuclear deal, saying that Iran will keep scaling back on its commitments to the deal in the face of Europe’s lack of action.

The senior cleric further described Iran’s recent actions in reducing JCPOA commitments as legal against the US's and EU's violations of the accord.

He further said that the United States' move in withdrawing from Iran nuclear deal inflicted a huge blow to the American nation, adding that the US is in weakest position now in the international arena.

He further referred to illegal seizure of an Iranian oil tanker by the United Kingdom as against all international rules, calling on the Iranian government to file a complaint to the United Nations.

Ayatollah Emami Kashani further referred to the deteriorating health condition of the imprisoned top Nigerian Muslim cleric,  Sheikh Zakzaky, calling on the present worshippers at the Friday prayers to pray to Allah almighty for his health and release.