American expert: - China is the only nuclear state that has declared no first use of nuclear weapons
Read: 852

Russian air defense systems were ready to shoot down US bombers a few days ago
Read: 807 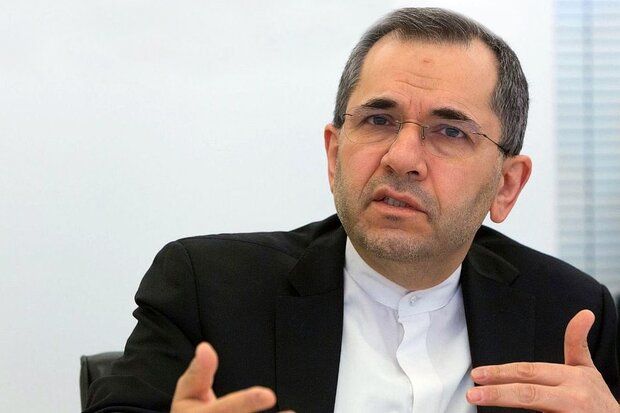 As long as US’ economic terrorism is in place, there is no room for talks between Tehran and Washington, Iran’s UN envoy Majid Takht-Ravanchi said in reaction to John Bolton’s ouster last night, Mehr News reports.

Speaking to IRNA, Iran's Ambassador and Permanent Representative to the United Nations Majid Takht-Ravanchi said the ouster of US national security adviser John Bolton by Donald Trump last night was “an internal issue”, adding “we do not take positions on other countries’ internal affairs.”

Asked to comment about the impact of Bolton’s firing on Washington’s warmongering attitude, he said “it is too early to say. Bolton was indeed known as a hardliner, and even Mr. Trump had explicitly noted that. Now, whether the US’ hawkish policy would change or not, it depends on various elements that influence the US’ policy-making.”

Asked about Trump’s call for talks with Iran, and Mike Pompeo’s recent remark that a meeting between Trump and Rouhani could be possible, Takht-Ravanchi said “we have said many times, and President Rouhani has made it perfectly clear that as long as the US’s unjust sanctions and economic terrorism are being imposed on Iranian people, there is no possibility of talks and negotiations.”

“Our position is perfectly clear, and the Americans know it too that we will never give into ‘maximum pressure’,” he stressed.

Asked to comment about some media speculation that Bolton’s ouster would ease any chance of talks between Iran and the US, the envoy said “our position [on talks with the US] has nothing to do with changes in the US administration. If the US does not cease its economic terrorism, there won’t be any room for talks.”